Shannon Beador is the new “green” housewife on the OC block for Bravo’s Real Housewives of Orange County. Have a look at some of the background on Beador and her family.

1. She Chooses to Live an Organic and Green Lifestyle

In Beador’s first blog as a housewife, she opens up about her “green” lifestyle:

I readily admit that I choose to live a lifestyle that is quite different from most people in Orange County and am looking forward to giving you a glimpse into my life!

Besides her home, Beador embraces an organic lifestyle by visiting a holistic doctor up to three times a week and by healthy eating.

Have a look at Beader’s “Green Rules” in the above video clip as Beader shows Heather Dubrow around her house. This scene was featured on the season premiere of the RHOC. After the tour, Heather spoke briefly about Beader’s home and how it wasn’t her taste, but we all have different design tastes, don’t we?

After viewing the episode, Beador wrote this in her blog:

Heather and I shared the same architect, builder, and designer for her previous home, so it was nice to finally meet her. We had a very pleasant visit, and I said goodbye to her hopeful that we would become future friends and neighbors. Everyone is entitled to their own opinions and clearly a traditional home does not mesh with Heather’s style, but I personally associate traditional design aesthetic as timeless, classic, and elegant. I am proud of my “grandma” style because it does remind me of my grandmother, who was a woman of impeccable taste.

Later in the season we will see a monster fight between Beador and Dubrow that leaves Heather Dubrow in tears.

3. Her Children Cannot Have Cell Phones

Shannon Beador does not believe that her children should have cell phones, but not because she’s a strict parent. It’s because of radiation concerns. Have a look at the above clip, where Shannon tells her daughter why she will not be allowed to have a phone.

4. Beador Seems to Have Her First Dinner Party Fail Tonight

On tonight’s episode of the Real Housewives of Orange County, Beador has a rough time getting everything in the kitchen to run smoothly. As her guests gossip and take in the atmosphere, Beador struggles in the kitchen and argues with her husband about potatoes and carving knives. Everyone gets overly critical when it comes to themselves, but Beador should take it a little easier on herself … and on her husband David.

5. Shannon’s Husband David Was Arrested and Charged With Battery

David Beador is the President of Beador Construction, which was actually started by his father. Manta.com lists some details on the company, reporting:

Categorized under General Contractor, Highway and Street Construction. Our records show it was established in 1996 and incorporated in California. Current estimates show this company has an annual revenue of 13,000,000 and employs a staff of approximately 80.

Two years into Shannon and David’s marriage, Shannon revealed to Star magazine that David was arrested and charged with battery after a fight between the two of them escalated.

She said that what happened that night was simply a verbal argument that wouldn’t end, which caused her to call the police. She maintains that she and David have moved on from the incident.

David, was investigated on two charges of “battery against cohabitant” and “assault” in 2003, court records obtained exclusively by Radar reveal … He pled not guilty and the case was eventually dismissed three years later. 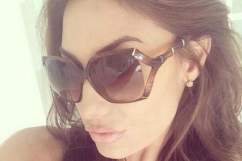