6. James Has Become a DJ

James Yammouni has been blowing up as a DJ and made waves with his 2013 Megamix. Check out the above video to see why everyone’s going crazy for him. 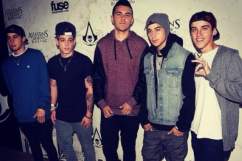 7. They Have Big Plans For the Coming Year

The Janoskians have some big news for you all, but they’re keeping it hush hush. Here’s what we could get out of them in terms of their “big plans” coming up:

Yea, there are BIIIIIG plans we want our fans to hear about … but all in due time. Thanks for the patience. We are working hard to make great things happen. Sometimes it takes longer than we can even deal with ourselves and Beau throws temper tantrums and sometimes leaks shit, but that also awesome cause leaked info is good info.

8. They’re So Popular an Entire Mall Had to be Shut Down When Too Many Fans Showed up for a Meet-And-Greet

The Janoskians arrived at The Beverly Center in Los Angeles to do a meet-and-greet at a Wet Seal store. They only expected a couple hundred fans, but when thousands showed up, the mall was shut down and evacuated. It was Janoskians-mania. A similar situation happened when The Janoskians appeared in Times Square this past winter. First, the group was supposed to appear at the Garden State Plaza, but the guys explained the location change:

Because the Garden State Plaza chickened out. Our fans scared them! yay! 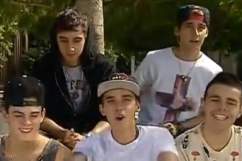 The Janoskians Force Los Angeles Mall to Close Down & Evacuate

9. One of Their Grossest, Yet Most Loved Challenges Was the Red Bull and Milk Challenge

If you have a strong stomach, then this challenge is for you. Have a look at the gross, ridiculous, yet awesome “Milk & Red Bull Challenge.” As far as the guys’ opinions on their favorite videos, Beau loves “Man VS Wild” and James loves “Dare or Dare.”

10. They Brought The Bacon to the MTV Movie Awards 2014 Red Carpet

The Janoskians showed up with dirty clothes, smiles, dance moves, and a pig mask on the red carpet of the MTV Movie Awards 2014. Check out this hilarious and fun interview with the boys, where they talk about celebrity crushes, their wild parties, and their tour.

What the fuck did we wear to the mtv awards