Willard Scott, 80, the legendary Today funnyman and broadcaster, has tied the knot with his long-term girlfriend, Paris Keena. The couple were married in Fort Myers, Florida, on April 1, the fools’ day, suitable for a joker like Scott. The pair’s nuptials were announced live on air by Today host Matt Lauer.

Here’s what you need to know about this new marriage:

1. They’ve Been Together for 11 Years

The couple have been dating for 11 years but have known each other in some capacity for more than 30 years, according to The Daily News. Scott’s first wife, Mary, died after a battle with cancer in 2002. They had been married for 43 years.

Scott first met Keena while she was working as a reporter for WRC-TV, NBC’s Washington D.C., in 1977. The Today website maintains that the couple stayed in contact over the years before reconnecting for good in 2003.

3. They’re Not Planning a Honeymoon

The couple divide their time between Florida, Connecticut and Virginia. According to the Fort Myers News Press, the couple lived on the exclusive, Sanibel Island.

When Keena was asked on Today if the couple are planning a honeymoon, she replied, “Our whole life has been a honeymoon.”

4. Keena Is a TV News Veteran

According to her LinkedIn page, Keena has wealth experience in broadcasting. As well as working for NBC in the 1970s, she was the technical manager of ABC News during the 1980s. She’s also worked as a freelancer for ABC’s college football broadcasts and NBC’s Olympics coverage. She’s a graduate of the American University with a BA in Literature/Cinema Studies.

As a native of Maryland, she attended Stone Ridge Country Day School, shown above, a prestigious Catholic private high school. 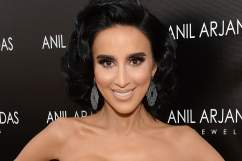