We’re only a few days away from Sunday evening’s most premier wrestling showcase. A large variety of past, present and future Superstars will hit the ‘Mania 30 stage and duke it out over the right to call themselves the biggest winner on the biggest WWE stage.

We’re anticipating this show just as passionately as everyone else, which is why we came up with a list of predictions on what will go down on this fateful evening.

1. The Usos Will Retain the WWE Tag Team Championship

WrestleMania XXX’s kickoff pre-show will feature a huge tag-team focused match that features the champs (The Usos), as well as Los Matadores, The Real Americans and Ryback & Curtis Axel. This Fatal Four-Way WWE Tag Team Championship match will most definitely be an exciting start to the show, but we think The Usos will walk in to WrestleMania XXX with the belts and leave with them as well. Jimmy and Jey Uso finally got a chance to hold the titles this year and we think it’s not the right time to cut their reign short. This match will be full of some exciting moments and we’re sure it’s going to end with a beautiful Superfly Splash from an Uso for the win.

2. The Shield Will Prevail Over (Corporate) Kane & The New Age Outlaws

The future is now – Dean Ambrose, Seth Rollins and Roman Reigns. The Shield will face off with the grown up and suited versions of (Corporate) Kane & The New Age Outlaws. It’s high time that Kane and the NAO head off into the sunset and leave the WWE coop to the fresher talent on the WWE roster. We envision The Shield making short work of their adversaries and uniting for that epic camera shot of each man uniting their fists. Believe…in The Shield.

3. Naomi Will Capture the Divas Championship

Naomi just came back from a lethal eye injury that put her on the shelf just as she was gaining some steam against AJ Lee. Her partner Cameron tried to carry on The Funkadactyls crusade against AJ, but it hasn’t yielded any good results thus far. Now that Naomi is back and participating in the Vickie Guerrero Divas Championship Invitational, we think she’s finally going to capture the Divas title. AJ’s title reign has been getting pretty stale as of late, which is why we see the belt getting passed on the new hot thing in the Divas division.

As of press time, only 27 participants have been announced for the Andre the Giant Memorial Battle Royal. Anyone find it interesting that one massive man who made his debut at the Royal Rumble 2014 hasn’t been announced for this match yet? ALEXANDER RUSEV! We think he’s tailor made to create a WrestleMania moment for himself and walk out of WrestleMania XXX as the inaugural winner of the Andre the Giant Memorial Battle Royal. Sure, it makes sense for someone huge (The Great Khali, Big Show, Mark Henry etc.) to take the trophy home.but this battle royal should mark the coming of a future Superstar. And that Superstar is the Bulgarian brute known as Alexander Rusev. 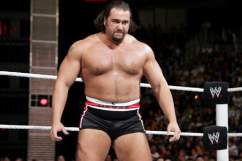 5. John Cena Will Defeat Bray Wyatt With the Aid of Hulk Hogan

The buildup between the extra creepy Bray Wyatt and WWE’s resident superhero John Cena has been pretty fun to follow (Cena in a lamb’s mask was actually an awesome moment to witness). When they finally butt heads at ‘Mania 30, we have a feeling that they’ll surprise the audience and put on one of the better matches of the evening. WrestleMania is pretty synonymous with happy endings that result in the good guys taking the W. We think Cena will have a hard time dealing with Luke Harper and Eric Rowan during the final moments of the match, which is why we envision Hogan getting physically involved in this huge bout. We don’t think he’ll drop the big leg drop, but we see Hogan dropping Bray’s followers with a few punches. Then Cena will land his final Attitude Adjustment and get the 1-2-3.

Um…duh, right? The Undertaker, in no way, shape or form will lose to Brock Lesnar on Sunday night. This match will be just as brutal as it’s being promoted to be, but we’re pretty certain that ‘Taker will lay Lesnar to rest. They’re isn’t much more to say about this match other than The Undertaker will go 22-0.

7. Daniel Bryan Will Defeat Triple H, But Triple H Will Have the Last Laugh

The biggest storyline that will (hopefully) be resolved at WrestleMania XXX is The Authority’s screwjob crusade against the leader of the “YES!” movement, Daniel Bryan. Triple H and Daniel Bryan have been at each other’s throats ever since that infamous Money in the Back cash-in at SummerSlam 2013. Once these two men climb into the ring for their heated encounter, we think Daniel Bryan will do the unthinkable and make Triple H tap out. The crowd will go nuts and point their fingers to the sky, but their happiness will soon be wiped away when Triple H beats the holy hell of Daniel Bryan…again. This 2nd beatdown will create some doubt as to whether Bryan will be healthy enough to participate in the WWE World Heavyweight Championship match, but we think this plot will build t a happy ending…

8. Daniel Bryan vs. Triple H Will Be the Match of the Night

A match backed by such a passionate feud such as this one is bound to be an eventful one. We’re gonna go out on a limb here and predict that Daniel Bryan vs. Triple H will be the best match on the entire ‘Mania 30 card. Daniel Bryan’s great match track record runs pretty long and Triple H hasn’t been too shabby the past few years when he’s been in the ring. Both men will put on a match that fans will still be talking about for years to come.

9. Triple H Will Include Himself in the WWE World Heavyweight Championship Match Anyway

Triple H is such a cruel, unlikable bastard that the WWE Universe loathes. He’s going to make sure they hate him even more because we think he’s going to pull the ultimate heel move – even though Daniel Bryan beat him to gain entry to the main event, Triple H will go ahead and include himself in that championship bout anyway. Hey, he’s the current WWE COO and he can do whatever the hell he pleases. The odds will no doubt be stacked against DB even more since he’ll have to contend with three other men in order to claim the WWE World Heavyweight Championship.

When the final match of the evening arrives, we think it will feature Randy Orton, Batista, Triple H and a triumphant but still injured Daniel Bryan. Bryan will take the brunt of the abuse from all three men, but we think the conclusion that his diehard fans have wanted all along will take place – Daniel Bryan will go on a tear in the closing moments of the WWE World Heavyweight Championship match. Once he locks in his “YES!” submission hold on Randy Orton, we see Orton tapping out. Following that submission victory, Daniel Bryan will finally lay claim to the championship belts that have alluded him for so long. WrestleMania 30 will go off the air with Daniel Bryan in the middle of the ring screaming “YES! YES! YES!” with an arena full of satisfied wrestling fans. This is the perfect ending that we predict will close out ‘Mania 30. 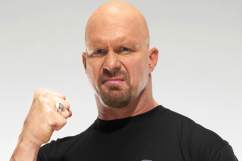