Tonight, Antwane will search for his love of three years, a person named Tony, on MTV’s Catfish. Here’s the rundown on Antwane and Tony, along with the shocking ending.

Antwane did not call on the Catfish crew for help, but his cousin Carmen did because she thought that Antwane was “being played” and needed to find out the truth about Tony, so she contacted the show. Carmen says that she’s convinced Tony is lying to Antwane and says that Antwane needs to find out the truth because she doesn’t want him getting hurt. Antwane’s opinion of Carmen’s meddling is that she’s a hater, but he still considers his cousin to be his best friend.

As for Antwane, he “loves to cook,” babysits sometimes, and does hair. He’s also “fat and proud of it.”

2. Tony Got Acquainted With Antwane Via a Chat Line

I don't think you're ready for this… #Catfish pic.twitter.com/7B4Y42SjQ5

Antwane called up a sexy chatline and got acquainted with Tony. The two then engaged in a relationship that has lasted 3 years thus far, but the two of them don’t even know what each other look like. Tony says he’s from Atlanta, but he called Antwane from a Cincinnati phone number. After their first phone call, Tony called Antwane from a private phone number, which Catfish host Nev thought was very suspicious.

When Nev Schulman looks up Tony’s phone number, he finds a woman named Diana who is related to a man named Anthony Thomas. When Schulman digs a little deeper with his partner Max Joseph, he finds a mugshot of Anthony Thomas and they suspect that he’s been calling Antwane from jail. Apparently, when calling from jail, the number can come up as private. 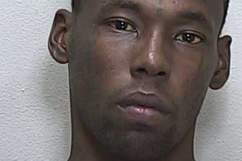 Antwane getting #Catfished the old fashioned way Nobody has gotten #Catfished over the phone since the 80's. –@cthagod

If you want to find Antwane online, you’re going to have a very hard time. Computer and technology are basically foreign to Antwane. Antwane can’t even get photos on his phone. He has a low-income phone and the only thing you can do with it is have a conversation. It has no other features.

This is what makes this episode of Catfish so different. It has nothing to do with the internet, showing the old-fashioned “catfish,” proving people had other ways to be a catfish before the internet was born.

UPDATE: A month after the show, Antwane signed on to his first video chat, breaking out into technology. He also revealed that he was no longer talking to his cousin Carmen.

4. All Antwane Can Go on Is a Voice

Antwane is in love with Tony, but he's tired of constantly waiting by the phone for him. Wednesday: http://t.co/fsIhi9E2k1

Antwane and Tony have only spoken on the phone. They have never met, never video chatted, never exchanged photos, or anything, so all Antwane has to go on is “just a voice.”

When trying to track down Tony, the Catfish crew are lead to an abandoned house in what appears to be a run-down neighborhood. As they try to investigate their surroundings, they don’t know what to make of the boarded up house.

It’s clear that this episode will have a “fishy” ending.

5. Antwane’s Cousin Carmen Turns Out to be Tony

So antwane's cousin just catfished him because he called her a big Kelly price? #catfish #antwane

After visiting three addresses in search of “Tony,” Carmen reveals that she was Tony all along and Antwane becomes furious. Carmen thinks it’s hilarious and great payback for Antwane always making fun of her to people. When Max Joseph asks Carmen what voice she uses to talk to Antwane, she lowers her tone and puts on her “Tony voice.”

Max Joseph becomes mad at Carmen for using the show to get revenge on her cousin. Carmen then admits that she’s been a catfish to many people and that she could have picked any show to be on, but they should be happy that she picked Catfish. When Schulman asks Carmen what would happen if Antwane never talked to her again, she basically said she wasn’t worried about that happening.

Schulman and Joseph call Carmen lame and have her ride home in the producer’s car.

After the Catfish crew cools down a bit, they meet up with Carmen again at her home. Carmen says she’s proud of herself, that she catfishes people all the time and enjoys it. When things get a bit heated, the producers actually step in and and reprimand Schulman and Joseph, telling them that they’re sabotaging their own show making fun of the way someone talks. Schulman then states that he felt Carmen didn’t deserve to speak so horribly about people, but the producer firmly tells Schulman and Joseph to hear her out. Schulman apologizes to Carmen and carries on. The team then reveals to Carmen that Antwane never wants to be friends with her again. Carmen is surprised by this and becomes very sad at the fact she lost her cousin and best friend. 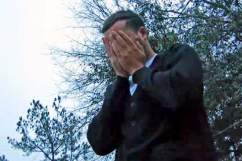 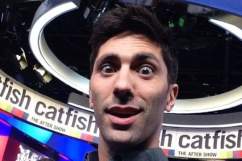 Read More
Catfish, Celebrities, Reality TV, TV, Twitter
On tonight's Catfish, Antwane is looking for his love Tony with the help of Antwane's cousin Carmen, but things don't go as the show may have planned.