Boyd Holbrook is climbing the ranks in Hollywood. And lucky for him, he has fiancee Elizabeth Olsen by his side to share it all with.
The couple just stunned at the red carpet for Godzilla in London on May 11.

Meet the 32-year-old who came from humble beginnings, but caught the attention of many in the industry with his talent and looks.

1. He Met Lizzie on a Movie Set

News of their engagement broke in March of 2014.

The couple hasn’t set a date yet as they are both busy with full schedules. Olsen is promoting Godzilla, out on May 16.

In January, the magazine honored him with this distinction.

The blurb listed all of his achievements and outlined upcoming roles as well:

A year after attending with “Very Good Girls,” Holbrook returns to Sundance with two projects, one a comedy (“The Skeleton Twins”), the other a rural American tragedy (“Little Accidents”) about a coal miner who survives a catastrophic cave-in. The tortured “Little Accidents” character should earn Holbrook serious cred, which has already been building through roles in such pics as “Out of the Furnace” and “The Host.” He has several more projects upcoming, including roles in David Fincher’s “Gone Girl,” Universal’s “A Walk Among the Tombstones,” “Jane Got a Gun” and an untitled Terrence Malick project.

Watch the video above to see him strutting on the runway and explaining how he got started in the business. He moved to Queens, New York from his native Kentucky to pursue modeling.

New York Magazine profiled him, saying that he was discovered while working in a theater as a carpenter.

In the highly anticipated film based on the bestselling thriller, he is slated to play Jeff, a drifter who meets Amy, played by Rosamund Pike.

He told Interview where he grew up:

It’s extremely rural. The Appalachian Mountains are there, so it’s beautiful, but there’s not really a lot of flat land; there are mountains just stacked on top of each other. The western side is kind of flat—you have the horses and all that stuff—but basically the main economy out there is coal mining. 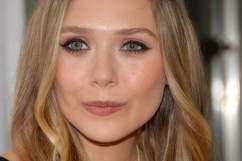