In the highly anticipated NBC sitcom Undateable, Chris D’Elia headlines as a self-proclaimed ladies’ man who takes a group of clueless, lovelorn guys under his wing.

The 34-year-old has been making a name for himself, bringing his hilarious stand-up to comedy clubs nationwide. You’ve also seen him on TV before, in Whitney and Glory Daze.

As his new sitcom premieres on Thursday, let’s learn more about his career.

1. He’s a Bachelor in Real Life

In the preview clip above, we see D’Elia describe his character, Danny, as “a lady killer.”

However, the actor speaks about the character’s weakness:

…but once he gets the girl, he doesn’t know how to keep her. He can get her into bed, but he can’t really get her to fall for him, and it kind of bothers him a little bit under all of his tough exterior.

D’Elia, who is single and always gets asked about dating on interviews, reveals what, in his opinion, constitutes a successful date.

His ex-wife is Emily Montague of Fright Night.

D’Elia’s Vine account is replete with videos of him singing, strangers doing ridiculous things, and his adorable dogs in action.

He commented on its surprising popularity:

I can’t believe I have so many followers from all of the stupid videos I do. There are so many people that I need to record on Vine and make fun of so people can see. That’s the stuff. I love it.

Buzzfeed even paid homage to it with the article “19 Vines That Prove Chris D’Elia Is Hilarious.”

In the 2011 sitcom, which had a two-season run, D’Elia starred as Whitney Cummings’ character’s live-in boyfriend.

Although the on-screen pair were in love, they chose not make it official, and D’Elia played one half of the happily unmarried couple.

Cummings wrote the part of her boyfriend, Alex, especially for D’Elia.

She told the Huffington Post, “… we feel very safe with each other when we’re acting and I think that’s a big part of it.”

It was when Whitney got cancelled that D’Elia was recruited for Undateable.

I was doing Whitney, and Bill Lawrence, the guy who created Scrubs — he does Undateable — and he really wanted me for the role. So NBC said, “OK, we’ll have Chris for the role, but if we pick up Whitney, then we’re gonna have to recast the role.” But Whitney got canceled and the next day they picked up Undateable.

D’Elia began his career onstage in 2006 at the Ha Ha Cafe in North Hollywood.

In 2013, he put out a Comedy Central special called White Male, Black Comic. He summed up his routine like this: “I talk about church, I talk about black dudes laughing, I talk about having sex. All that kind of stuff.”

It was stand-up that helped him break onto the Hollywood scene.

“Once I started doing stand-up, everything fell into place. That was when I started acting more; I felt like I’d found my place in the business,” he told A.V. Club.

Justin Bieber became a fan of the comedian, and in the video above, we see the singer coming onstage at the Laugh Factory and D’Elia poking fun at him.

D’Elia dished to Conan about how nervous he was in the Biebs’ presence. “The kid’s 18, but he’s also ‘The King’ … I tried really, really hard,” he said.

5. His Dad’s an Executive Producer

Presently, he is executive-producing The Crazy Ones, with Robin Williams and Sarah Michelle Gellar.

In an interview the father/son pair did for Emmy magazine, Chris said, “I always had the feeling I’d work in show business somehow, because my dad always did it.”

Bill, a huge supporter of his son’s work, told the magazine:

I’ve seen every episode of Whitney at least once. I’ll call him after I watch them and ask all kinds of behind-the-scenes questions. And I’ve watched every single thing he’s done on Comedy Central or on YouTube. 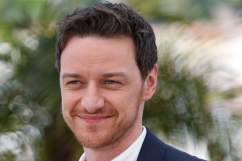