Tonight was the season 18 finale of Dancing With the Stars and we’ve got the top 5 highlights from the evening below, including the results.

1. The Winner Was Chosen 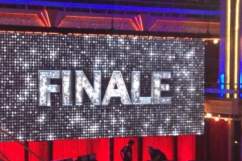 @CodySimpson singing Surfboard on dancing with the stars tonight https://t.co/mb8YpsVIaC

Dancing With the Stars contestant Cody Simpson returned to the show for the finale to perform his hit single “Surfboard.” Check out the performance video above.

In the middle of his song, Simpson returned to his DWTS ways to dance with former partner Witney Carson in a sexy little routine. 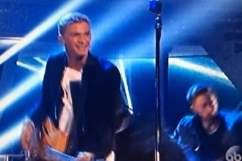 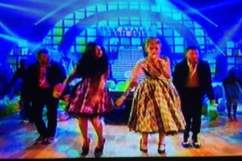 Iggy Azalea performed her song “Fancy” tonight on the DWTS finale, but there was a bit of a hiccup.

Ariana Grande performed her latest song “Problem” on the set of Dancing With the Stars, kicking things off on a motorcycle. Christina Perri and former contestant Amber Riley also gave performances tonight. 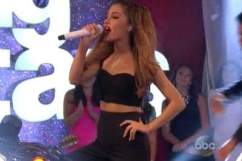 Derek Hough and Amy Purdy had to put together a fusion of Argentine Tango and Cha Cha for their finale dance, scoring a perfect score of 30. Candace and Mark had a fun and elegant routine that was well-delivered, though Candace had a couple flubs in her facial expressions. Candace earned a 27 out of 30. When it came time for Meryl and Maks’ routine, they had the Foxtrot/Cha Cha fusion, which was a high-powered set.