There are so many Game of Thrones characters, sometimes it’s hard to keep them all straight. Now that we’ve reached season 4, a lot of characters have died, but even more have joined.

Warning: this list contain spoilers for anyone who has not watched the first 7 episode of Season 4.

Here is a quick and dirty guide to the names, faces, and backgrounds of all the characters you need to know.

Ygritte is a wildling from north of the Wall. When Jon Snow, Ned Stark’s bastard son and member of the Night’s Watch, was undercover with the wildlings, the two had a prolonged relationship that ended with her shooting multiple arrows into him. Now, Ygritte is part of Mance Rayder’s army preparing to attack the Night’s watch.

Walder Frey is the lord of the Twins, mighty bridges that connect the north with the rest of Westeros. He’s a crotchety old man with a dozen daughters and marries young women. To get revenge on Robb Stark for not marrying one of his daughters, Walder staged a massacre at one of his daughter’s weddings that ended in the murder of both Robb Stark and his mother Catelyn. This was called the “Red Wedding” and essentially ended the Stark’s rebellion to free the north from the rest of Westeros.

Varys is know as the “Master of Whispers.” He has informants all over the world and knows almost everything about everybody. Varys was born in the Free Cities across the Narrow Sea and was castrated there, a fact few people will let him forget.

Tywin Lannister is the grandfather and Hand of the King to Tommen, the newly-crowned boy king. That makes him the essential rules of Westeros. Tywin is also the lord of Casterly Rock, the Lannister’s wealthy ancestral home. He’s a stern man who gives great weight to power and money.

Olenna Tyrell, the old woman in the picture above, is the grandmother of Margaery Tyrell, the wife of the last king and the future wife of the new king. Olenna is also known as the “Queen of Thorns” because of her ability to bring about ruthless results through scheming and secrets.

Above, Tyrion, the man, is with his prostitute/hand-maiden/girlfriend Shae. Tyrion is the youngest son of Tywin Lannister, and although he’s been brought up rich and privileged, he has always felt like an outsider and resented by his father and sister. Tyrion has a strong moral compass, isn’t afraid to confront powerful people, and is great at coming up with schemes.

Tommen was crowned king after his brother was poisoned on the day of his wedding. Young and impressionable, Tommen is a much more gentle king than his brother. He is mostly controlled by his grandfather Tywin, but his mother Cersei, and future wife Magaery also compete for his attention.

Above is Theon Greyjoy, the former heir to the Iron Islands who was taken captive as a child and raised by Ned Stark alongside Robb Stark and Jon Snow. After he was captured and tortured by Ramsay Snow, the bastard son of Roose Bolton, Theon renounced his former identity and took that of Reek, a lowly, docile, and loyal servant.

Sandor Clegane, more commonly known as The Hound, was the former body guard to the king. He is huge and considered one of the most fearsome fighters in Westeros. His face is permanently disfigured from where his brother, The Mountain, held his head in a fire as children. He fled King’s Landing and renounced the king during the Battle at the Blackwater.

Stannis is the older brother of a former king, Robert Baratheon. Stannis believes he has the best claim to the throne since discovering all of king Robert’s children, including Joffrey and Tommen, are actually the offspring of queen Cersei and her twin brother Jamie. He is currently deeply intrenched in a magical religion that worships the Lord of Light.

Sansa Stark is the elder of Ned Stark’s two daughters. She was formerly betrothed to king Joffrey, but was married to Tyrion instead. She fled from King’s Landing after Joffrey’s assassination and is now living in the Eryie with Petyr Baelish, who was briefly married to her aunt and is now the Lord of the Vale.

Samwell Tarly is a cook at the Night’s Watch and quickly became a close friend of Jon Snow’s.

Roose Bolton is the ruthless leader of the Dreadnaught, a city in the north. He was a former bannerman of the Starks, but turned on them and helped orchestrate the Red Wedding. In return he was declared the lord of all the north.

Robb Stark was the eldest son of Ned Stark and the short-lived King of the North during the rebellion. He was killed at the Red Wedding.

Rickon Stark is the youngest Stark. He fled with a wildling servant and his wolf, Shaggydog, when Winterfell was invaded. We have no idea where he is.

Ramsay Snow is the ruthless bastard son of Roose Bolton. He has been torturing the captured Theon Greyjoy and turned him into Reek.

Poderick is the former servant Tyrion Lannister. When Tyrion was imprisoned after Joffrey was killed, Poderick became the personal squire to Brienne as she attempted to find and protect the Stark daughters.

Oberyn Martell, a.k.a The Viper, is a legendary fighter from Westeros’ southern region of Dorne. Oberyn’s sister was married to a former king Aerys Targaryen. When he was overthrown, Oberyn’s sister was raped and murdered along with all of his children. Now, he has returned to King’s Landing to get revenge.

Ned Stark is the patriarch of the Stark family. He was beheaded at the request of King Joffrey after Ned discovered the truth, that the king was bastard son of the queen and her twin brother.

Gregor Clegane, a.k.a. The Mountain, is one of the largest and best fighters in Westeros and is completely loyal to the Lannister family. He is Cersei’s chosen champion in the trial by combat to convict Tyrion.

Melisandre, more commonly know as the Red Woman, is a priestess of the Lord of Light and the lover/advisor to Stannis Baratheon. She has exhibited magical ability many times, including giving birth to shadow assassins to kill Stannis’ younger brother, Renly.

Margaery Tyrell was married to king Joffrey for only minutes before he was killed. Now, she means to make Tommen her husband as well. She is manipulative and beautiful and always tries to get public opinion on her side.

Petyr Baelish is a self-made man. He worked his way up from nothing to becoming a successful brothel owner and the nation’s Master of Coin. He is also manipulative and knows everyones’ secrets. Baelish orchestrated the killing of King Joffrey, killed his wife, Lysa Arryn, and is now the Lord of the Vale.

Jorah Mormont was banished from Westeros after he was caught selling slaves. Now, living on the other side of the Narrow Sea, Jorah is one of Daenerys Targaryen’s chief advisors and guards. He used to spy for the king of Westeros, but stopped when Daenerys started gaining power.

Jon Snow is the bastard son of Ned Stark, conceived during Ned and Robert Baratheon’s rebellion that overthrew the Mad King Aerys Targaryen. He has risen through the ranks of the Night’s Watch and spent time undercover amongst the wildlings.

Joffrey was the ruthless former king who enjoyed killing prostitutes and emotionally tormenting everyone around him. He was poisoned to death at his wedding.

Jamie and Cersei Lannister are twins and lovers. Jamie was the best swordsman in Westeros until he was captured by Robb Stark’s men and his hand was cut off.

Cersei was the queen of Westeros and still tries to rule everything around her mercilessly.

Hodor is a large and mentally underdeveloped man who serves the Starks. Since Bran was paralyzed, Hodor carries him around, even on his adventure north of the wall. Hodor can only say, “Hodor.”

Greyworm is a member of the Unsullied, warrior slaves castrated and trained to be the world’s best soldiers. He and his comrades were liberated by Daenerys Targaryen and now he serves as the commander of the Unsullied and serves the would-be queen.

Davos Seaworth is a former smuggler turned Hand of the King. He serves as the chief advisor and voice of reason to the often obsessed and fanatical Stannis Baratheon.

Daenerys Targaryen is the last living daughter of Aerys Targaryen, the mad king. She sees herself as being the rightful ruler of Westeros. After her marriage to a Dothraki leader, and after the hatching of her three dragons, Daenerys has been amassing an army of mercenaries, soldiers, and slaves, in hopes of one day retaking Westeros.

Daario Naharis is the playboy leader of the mercenary army known as the Second Sons. He has sworn his loyalty to Daenerys and the two are now sexually involved.

Catelyn Stark is Ned’s wife. She was killed along with her son at the Red Wedding.

Brienne of Tarth is a mighty warrior tasked by Catelyn Stark, and aided by Jamie Lannister, to help find and keep safe the Stark daughters.

Brandon Stark is the second-youngest Stark. He lost the use of his legs when Jamie Lannister pushed him off the top of a tower. Since then, Bran has had visions and has discovered how to enter into the minds and control animals around him.

Barristan Selmy was the captain of the King’s Guard under Robert Baratheon, was left in disgrace at the rule of Joffrey. He is considered one of the fiercest fighters in the land and has sworn his allegiance to Daenerys.

With Theon’s transformation, Asha, a fierce fighter and Theon’s sister, is now the heir-apparent to the Iron Island when their father, Balon Greyjoy, dies.

Arya Stark is the youngest daughter of Ned Stark. She’s an adventurer and a pretty good fighter in her own right. Since her father’s death and her escape from King’s Landing, she’s been wandering the country looking for her family and learning how to survive and kill. 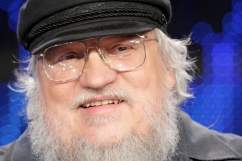