This film’s plot is pretty hard to grasp, but interesting nonetheless. The discovery of a wormhole leads a group of explorers and scientists to explore it. What follows their journey is instances of time traveling, alternate dimensions and assorted space-time activities.

The acting roster for this new film includes such Hollywood luminaries such as Matthew McConaughey, Anne Hathaway and Jessica Chastain. Interstellar hits theaters on November 7, 2014. 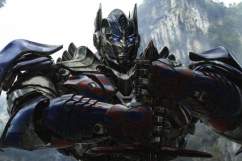