The Oscar winning movie director Malik Bendjelloul has died at the age of 36, reports The Associated Press. The Swedish director won the 2013 Academy Award for Best Documentary Feature with his movie Searching for Sugar Man.

The circumstances of Malik’s death are unknown. The death was confirmed by Malik’s brother, Johan, who was speaking to Omni. He said simply, “My brother is dead. The family wants to be left alone in their grief.” His friend, journalist Hynek Pallas, accompanied Malik to the Oscars, called his friend “modest” and “a skilled storyteller.” Police do not suspect any criminality in the death.

2. Malik Was Found Dead in Sweden

He was a native of Sweden and died in Stockholm on May 13. His body was found by police in the Swedish capital. Malik was born in the town of Ystad in 1977 in the southern part of the country.

3. His Documentary Won a String of Awards

In addition to his Oscar, Searching for Sugar Man won a BAFTA, a Director’s Guild award, a Producer’s Guild award, a Writer’s guild award and the 2012 International Documentary Association award. The story of the movie dealt with two South African’s searching for their musical hero, Sixto Rodriguez. Amazingly, Malik ran out of money towards the end of filming and was forced to finish recording the movie on an app from his iPhone. His victory at the 2013 Oscars was the first time in 61 years that a Swedish movie won a documentary Academy Award.

4. He Was the Son of a Doctor and an Artist

Malik’s father was an Algerian-born doctor and his mother was a painter, Veronica Schildt.

Before going into directing, Malik was a child actor. He was most famous in his homeland for his role in the TV show Ebba and Didrik. At University, he studied journalism, where he got his start in documentary film-making in Swedish television. 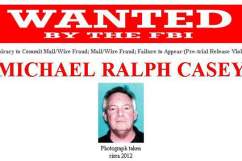 Michael Casey, Attorney Wanted by the FBI: 5 Fast Facts You Need to Know