Here it is… the artwork for my new single #GetMyName, out 5/5/14. Four more days. pic.twitter.com/iCwFs5EXly

Many know Mark Ballas as one of the amazing dancers on Dancing With the Stars, but Ballas is also a musician. Check out his new single “Get My Name,” out today and stay tuned for his performance of it on Dancing With The Stars tonight. To see Ballas’ performance from DWTS, click the below link: 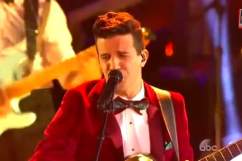 Mark said, and it’s about a guy who’s kind of fed up with looking for love, but then he meets this girl and feels an instant connection with her. He doesn’t want a relationship, but he’s so into her that he knows she’s going to get his name.

Here’s some background on Ballas’ new song, via Wetpaint.com:

According to ABC, Mark will make his solo recording artist debut singing his new single “Get My Name,” along with his band and the house band Ray Chew Live. The single and music video, which is directed by Mark’s BFF Derek Hough, will be available on iTunes and across digital retail outlets globally beginning on May 5.

I'm excited for y'all to hear #GetMyName tomorrow. The video will be out the week after the release, but it's worth the wait.. I promise :)

And stay tuned for the music video, which will be out in a week! 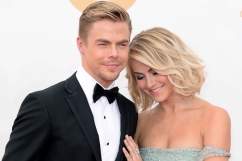