The judges of new song Rising Star introduced legend Michael Jackson’s performance at the 2014 Billboard Music Awards. For the set, first troopers dressed in all black lined the staged for the intro. Then, the curtains lifted and a set like Jackson’s “Dangerous.” While the performance was a bid eery to watch, it was amazing. Michael Jackson’s hologram image danced all over the stage, singing his new song “Slave To The Rhythm” off his new album “Xscape.” 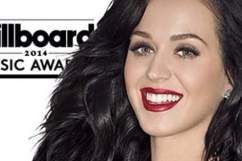