Winning the titular role in Gone Girl was not easy, but director David Fincher saw something special in little-known British actress Rosamund Pike.

The book the movie is based on amassed such a loyal fan base, that when word of the movie adaptation came around, readers nationwide were waiting for news on who would play Amy.

Although names like Reese Witherspoon, Charlize Theron, and Gwyneth Paltrow were being thrown around, Pike came out of obscurity and got the coveted role.

The plot is centered on Amy going missing on her fifth wedding anniversary. Ben Affleck plays her husband, Nick, who is a suspect in her disappearance.

Here’s all you need to know about the actress who landed one of the most buzzed-about roles of 2014.

The thriller was adapted from a book of the same name by Gillian Flynn. It quickly became a nail-biting bestseller, being devoured by book clubs nationwide.

Because of the book’s fan base, Fincher had the daunting task of casting the perfect Amy.

Fincher interviewed Pike via Skype, since she was in Scotland in the midst of another job at the time.

“I liked that people didn’t immediately know who Rosamund was,” he told W magazine. “I’d always liked Rosamund in movies, but I didn’t really know her. That made her very interesting.”

The actress hopes to make the director proud.
She told W Magazine:

With David Fincher, it’s like being X-rayed—he sees things that you may not want anyone to see. Now I have to prove him right—I have to show the world that I’m as dark as he thinks I am.

2. Playing a ‘Bond’ Girl Was Her Big Break

Playing double agent Miranda Frost in the 2002 Bond movie Die Another Day was the role that launched her career in film.

The actress had never even seen a Bond film until her audition.

To add to her dismay, at the casting, she felt out of place because she had chosen the wrong outfit.

All the girls in this beautiful old town house waiting to see the casting director were sleek and dressed in what seemed to me like leather. I was wearing something very thick and woolly. I was convinced I was all wrong.

After that film won her international fame and recognition, she said it was then that she started being seen as an object.

3. She Said Working With Tom Was a ‘Teenage Dream’

Five months pregnant at the time the shooting wrapped, the actress realized that Cruise could have easily had her replaced.

“Certain stars would have – or might have – said: ‘Get someone else, she’s pregnant!’ That sort of thing goes on in this day and age,” she told the Daily Mail.

The pair became friends, which was surreal for Pike, who, as a youngster, was a huge fan of the superstar.

She told Next Movie:

It’s a thrill, obviously! It’s kind of every teenage girl’s dream — certainly mine, and then suddenly 20 years later here I am working with the man in such a close way that I actually got to know the man. Really, that was such a privilege, because I now count him as a friend.

4. She Said It Felt Right to Have a Baby Out of Wedlock

Pike had two failed relationships before meeting Robie Uniacke, the father of her son, Solo.
This led her to tell the Daily Mail, “It is interesting to break all the rules. I’m not married, I have a baby, and it feels infinitely more right.”

Uniacke, a reformed drug addict, is almost 20 years old than she is.
In 2012, Pike and Solo moved into a home in northern London with Uniacke.

In 2008, she was engaged to Joe Wright, her director in Pride and Prejudice, where she played Jane.

The Daily Mail reported that he broke off the engagement after Pike sent out a personal picture of the pair without getting his approval:

The invitations featured a picture of them together in a hot tub. Joe dumped her for sending them without consulting him and she had to tell all the guests the wedding was off.

Before that doomed relationship, her boyfriend of two years, Simon Woods, who she met as a student at Oxford, dumped her and wound up marrying a man.

5. She Had This Nude Swimming Scene

In the scene above, the two swim naked. She told Stylist what she thought about the nudity:

The 2011 series is an adaptation of DH Lawrence’s novels The Rainbow and Women in Love. 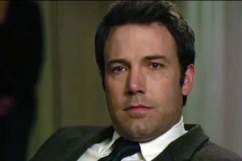