Support your America’s #BestCook favorite in the Fan Vote before tomorrow's finale at 8|7c: http://t.co/0ZBRPhRkcr! pic.twitter.com/FdbWKujIRt

On tonight’s episode, the remaining four contestants competed in three separate challenges, with a contestant getting eliminated by Chef Bobby Flay after each challenge. The final two contestants were Stephanie and Christina, but the cook who won the title was Stephanie Goldfarb.

Have a look at a clip from the finale below:

For more information on the show’s mentors, the winner, and the other contestants, click through the below gallery: 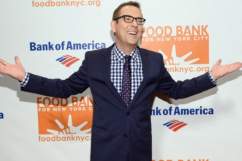