To get you ready for the season 5 finale of The Vampire Diaries, which airs tonight at 8 p.m. EST, we’ve put together all the video clips, predictions, and spoilers we could find. Brace yourself because it’s going to be a crazy episode. 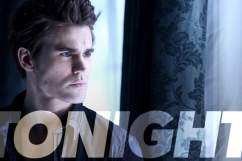 – Executive Producer Caroline Dries revealed to TV Guide that there will be at least three deaths on the finale.

– Here’s a clip from tonight’s episode that was posted on Facebook with this caption:

You will see a couple familiar faces pop up tonight, and you’ll also see a few familiar faces disappear. We’re going to reset everything and make it so that once you die, you’re dead.

– The synopsis for tonight’s episode reads:

Sheriff Forbes is horrified when Markos uses violence against Tyler/Julian to prove that Mystic Falls is now under the control of the Travelers.

– There will be several live streams going on if you’d like to watch the finale online. Here’s one right here: 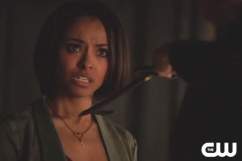 In the previous episode of “The Vampire Diaries,” viewers were dealt with a shock when Julian kills off Stefan, who was trying to save Caroline. But Damon refuses to let the tragedy take him down, as the finale episode will see him trying to bring back his brother from the Other Side.

RETWEET if you can't wait for the season finale of #TVD TONIGHT at 8/7c! pic.twitter.com/7t3oLTuEle

[The finale] definitely establishes new parameters in the environment we’ll be shooting in Season 6. They reset things in a way, and the writers have the ability to now change the circumstances and locations of where the show takes place.

And it's only Tuesday! Just you wait, #TVDFamily, we have a shocker/weeper/thriller in store for you on Thursday.

– Some believe that Tyler Lockwood will be killed tonight. The Latin Times writes:

Tyler has served as both a main character and a minor character in the five seasons of “Vampire Diaries” so it wouldn’t be overly shocking for him to be one of the three permanent deaths … Even though Tyler Lockwood’s death makes us almost tear up, he would be a likely possibility to be killed off. Following his romance with Caroline, Tyler’s storyline on “Vampire Diaries” has not had any serious direction.