While most of HBO fans are distracted watching Game of Thrones, the rumors are already beginning to emerge for True Detective Season 2. For a show that generated so much speculation and hype that it crashed HBO Go, it only seems fitting that rumors should begin barely two months after Season 1’s finale.

The latest and most popular rumor is that the one-and-only Brad Pitt is close to a starring role in next season’s show.

1. Reports Say He Is ‘Close to Signing a Deal’

The UK’s the Daily Star reported on May 12 that a “senior TV source” confirmed that Brad Pitt is close to “signing a deal” to be on the hit show’s second season. They continue saying, “Brad is already part of the HBO family and if commitments allow he will be part of the second season of True Detective.”

2. Nic Pizzolatto Hinted One (Or Both) of the Detectives Would Be Women

After an outcry of criticism over the show’s strongly male-oriented cast, the show’s creator and writer Nic Pizzolatto tweeted:

“One of the detriments of only having two POV characters, both men (a structural necessity). Next season…”

If it is true that Brad Pitt has been cast, is it possible his partner will be a woman? Or perhaps Pitt is the new villain?

In an interview with Hitfix, Pizzolatto finally opened up about what would be in Season 2 after months of silence. He said:

Okay. This is really early, but I’ll tell you (it’s about) hard women, bad men and the secret occult history of the United States transportation system.

In another interview, Pizzolatto revealed a little bit more about the location of the season, saying:

Oh, all kinds of conspiracies suggest themselves. Especially if, like me, you’ve been reading about the last 40 years of Southern California government.

4. There is No Release Date

As of now Season 2 has no premiere date, however the show began in 2014 on January 14, so you should expect to see it around the same time next year.

True Detective became a surprise breakaway hit for HBO, with 2.33 million people tuning into a the premiere and 3.52 tuning into the finale. That’s well above the numbers for the first season of HBO’s most popular show, Game of Thrones, which had a viewership of 3.04 million for its finale. 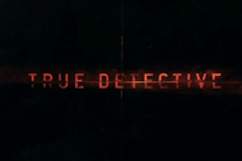