I’d like to introduce you to the Artiaga family, the focus of a brand new reality competition show called Famous in 12. Read on for the details on the show and all about the Artiagas.

1. TMZ Has Built the Entire Show

The Artiaga family makes their television debut tonight for the reality show Famous in 12. The NY Times describes the premise of the show as this:

An ordinary family, above, moves to Los Angeles to seek fame while being filmed around the clock for 12 weeks in activities guided by Harvey Levin and his TMZ crew. Family members will wage individual fame campaigns on social media while each week a “star power meter” will analyze the information to determine who has a shot at a Kardashian-like existence.

As far as TMZ’s run-down on how the show will work, the company states:

TMZ will give them tips on where to go, what to do … but they have to make their own luck.

2. Each Family Member Will Be Striving for an Indiviual Goal

Though the family is collectively trying to get famous, they are competing individually to make it happen. Dad Mike aims to become a DJ, the oldest daughter Taliah wants to dance, and daughter Jameelah is trying to be a model. Some may find stardom, while others may fall flat. 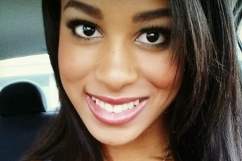 4. The Family Has Three Beautiful Daughters Trying to Make it Big

TMZ opened up about how they’ll be promoting the new show, in particularly the three Artiaga daughters (Maaliyah, Taliah, and Jameelah):

For us this is an interesting experiment. We’ve seen lots of people become famous with little or no talent. Fact is … this family — especially the 3 daughters — are game for anything. We’ll be posting stories about them and putting them on TMZ TV and TMZ Live during the summer.

When the three daughters step onto the scene, they realize they are not the “hot shit” they thought they were and they’re really going to have to work hard to make themselves known. 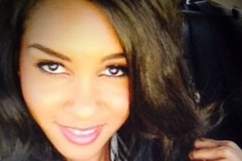 PHOTOS: Maariyah Artiaga from ‘Famous in 12’

5. The Artiagas Are Already Getting a Lot of Hate From the Public

Before even being on the air, the Artiagas are already feeling the wrath of the public. Mom Angie told USA Today:

In the beginning, I didn’t worry about ridicule. I never would’ve thought for a second that people would say anything bad about us. When we read some things initially, I was very shocked and it was hurtful. But then, after the 50th comment, it went from hurtful to the other ‘H’ word, which is ‘hilarious.’

As far as what the media has been saying about the show, USA Today writes:

While they may not get recognized on the street just yet, the family has already received its share of online hatred from commenters on TMZ (owned by Warner Bros., which also owns half of CW), who have dubbed them “ugly,” “idiotic fame whores” proving that TV stars “don’t need talent anymore.” 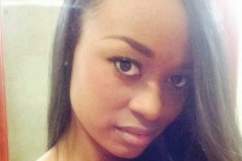 Read More
Famous In 12, Instagram, Reality TV, TV
The new reality show Famous in 12 features the Artiaga family, struggling to be famous over the next 12 weeks. Check out the facts on the show & the Artiagas.