Chris Brown showed he’s “Loyal” at the 2014 BET Awards in an unexpected performance. It’s nice to see him back on the stage and out from behind bars. He didn’t disappoint, busting out his killer dance moves along with his vocals with Travis Barker murdering it on the drums. Check out some of the Twit pics from his performance below.

Action shot of @chrisbrown performing #Loyal at the #BETAwards pic.twitter.com/FYsqj6nrUP

.@chrisbrown is back to killing the stage LOYALly! #BETAwards pic.twitter.com/cpMyfiRNxK

And, there were also a couple other guys who joined Brown onstage: 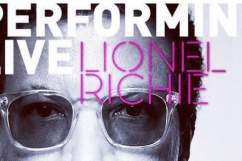