Helen Wisner is one of the competitors in the 2014 Miss USA pageant. As Miss Arkansas, she’s an accomplished young woman with quite a story to tell. Read on for the facts on Wisner’s background, her fiance, and her struggles as a young child.

Wisner was adopted as a young child and she knew general information about her birth mother through her father who was a lawyer in the adoption. Growing up, Wisner knew she looked different than her parents, but it wasn’t until she was older that she realized she wanted to know more about where she came from.

2. Doctors Said She Was a Special Needs Child

When Wisner was adopted:

“They told my parents I was developmentally slow and ‘special needs,’ because at 2 1/2, I hardly said any words,” she added. But it’s no accident that she was adopted by an educational examiner. “My [birth] mom chose her,” she said. “They tested me and found out I was bright. Nobody had ever worked with me.”

Yahoo TV reports that Wisner later grew up to become a speech teacher.

3. Her Birth Mother Was a Teen Who Grew Up in Foster Care

When Wisner was in college, she had a friend find her birth mother on Facebook, and they messaged her online. Yahoo TV writes:

“She sent me a long message and said she didn’t want to give me up. She kept me for two-and-a-half years.” When her birth mom, a teen who grew up in foster care, became involved in an abusive relationship, she decided to put her baby up for adoption. “My first reaction to her story was, ‘Thank you for having me,'” Wisner said.

Helen Wisner is amazing at Harry Potter trivia, which means she’s a big fan. She also loves cooking and creating recipes, but her true food passion is pizza. According to her Miss USA contestant bio:

5. Her Fiance Is a Local Celebrity

Wisner’s fiance is Craig Strickland, TV Host for The Arkansas CW. The two enjoy taking adorable photos together and posting them all over the internet. Here’s a couple … 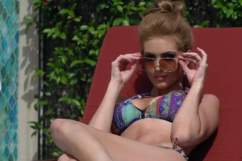 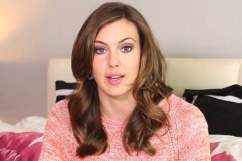 Read More
Miss USA, Twitter
Helen Wisner is competing as Miss Arkansas for the 2014 Miss USA pageant. Read on for the facts on Wisner.