After Maks won this season of Dancing with the Stars, fans speculated that Meryl Davis, his partner on the show, would be his new girlfriend.

After all, they had undeniable chemistry and came close to kissing on television.

However, a week after news broke that Jennifer Lopez called it quits with her philandering boyfriend Casper Smart, the media began buzzing with rumors that Maks and J Lo were the new hot couple.

Let’s learn about how they met and what they have to say about the rumors.

At the 2013 American Music Awards, they shared a dance in tribute to Celia Cruz.
In the video above, we see Maks lifting J Lo over his head, and holding her in his arms.

The whole world knows that Maks himself was very nervous during the performance. He even Tweeted that those moments with the singer on stage were, “the most stressful four seconds of my life.”

2. They Were Spotted at a Hotel

At the Redbury Hotel in L.A., after a birthday party for Val, Maks’ younger brother, the pair seemed flirty.

Life & Style magazine reported, “At one point, he put his arm around her waist and they seemed to be locked in a very passionate conversation.”

3. He Tweeted a Response

I've got 4 words for everyone: LIVE AND LET LIVE! NAMASTE Y'ALL

On June 12, in an obvious response to the gossip, Maks tweeted the above message, telling people to basically chill out.

This came only a day after The New York Daily News’s Confidential section broke the news of the pairing.

The paper came forward and reported that a friend of the couple told them, “It’s really new.”

He dished that he is ready to have tiny dancers of his own. “I am ready to have a family now. I need an outlet. I have so much I want to give, and I need someone to give it to,” he told the magazine.

The songstress told Wendy Williams she is “not intimate with anybody at this time.”

She added, “Yes, I’ve been single for a couple of months.”

5. Leah Remini Hooked Them Up

People magazine reported that that Remini, who was a contestant on DWTS, introduced the pro dancer and the songstress. 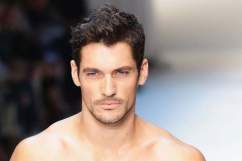 Read More
5 Fast Facts, AMAs 2013, Casper Smart, Celebrities, Dancing With The Stars, Jennifer Lopez, Leah Remini, Maks Chmerkovskiy, Maksim Chmerkovskiy, Meryl Davis, Relationships, Val Chmerkovskiy, Wendy Williams
J Lo and Maks are the hottest new couple of the summer. Here's what you need to know about how they met and what they are saying about the rumors.