Macallan isn’t the commitment-phobe like her on-screen alter ego, but she does enjoy playing the fun-loving baby sister to Alyssa Milano’s Savannah.

Here’s what you need to know about the smart and sexy actress:

Sexual tension may ooze between Macallan and her co-star Brett Tucker, but the actress told TVLine that the relationship between her new business partner/ex brother-in-law Harry Davis will stay strictly professional, for now:

Joss and Harry have this really cool thing that developed in terms of their chemisty on set. What the producers saw on camera and could see in the editing room… in that there’s this amazing, mind-blowing energy happening. And I feel the same way about working with Brett Tucker… Yeah, we’ve got good chemistry, but I’m not sure about a love story.

Instead, Joss will start a relationship with plastic surgeon Scott who she met through an ill-conceived blind date set up by Harry’s ex-girlfriend Kyra. In the episode “Playing With Fire,” Scott will reveal a surprising fetish that could throw Joss for a loop.

Mistresses might air on the broadcast network ABC, but the actors do partake in some hot and passionate sex scenes on the show. Although the scene may look sexy on screen, Macallan told Yahoo! Celebrity it’s anything but on set:

I had to take off definitely some clothes. I had some sexy situations, but it is so awkward. It’s so awkward. It’s like so not sexy, and it’s looks great. And it’s ABC, it’s not HBO. We’re not doing anything to crazy.

The actress explored a different side to her sexuality in season one when Josslyn explored a lesbian relationship with Shannyn Sossamon, who played Alex. The married actress told Yahoo! Celebrity she didn’t have any personal experience with her character’s situation, but to try and fall in love with a woman was “awesome” and “empowering” for Macallan.

Watch the video above to see Joss and Alex’s first steamy encounter:

3. Her Husband Jason Gray-Stanford Will Guest-Star on ‘Mistresses’

Soooooo excited!!! Grabbing our tickets for @cirque #O getting ready to have our minds blown!!!! @JasGrayStanford pic.twitter.com/AoSZw7HfGS

I can’t even really talk about what he’s doing on the show. It’s not my storyline per se. It’s bizarre and cool and amazing that he’s in the last five episodes of the show.

Before marrying Gray-Stanford, Macallan dated The Avengers and The Bourne Legacy star Jeremy Renner for four and half years. They met at a film festival that she worked in Florida at age 23.

4. She Cares About Saving Animals

According to her Twitter profile, Macallan tries “to rescue as many pets as I can without being a hoarder.” She talked to Better Video Network about her passion for rescuing animals:

We do a lot of volunteer work. We work with Best Friends Animals Society. My husband and I are ambassadors. They have an amazing program in L.A. running called NKLA which they’re trying to get no kill in all the shelters and an amazing sanctuary in Utah. We donate and we sponsor and we give time and we do everything we can to help them.

5. She Graduated College With an International Business Degree

Macallan grew up studying dance since age three, but her father encouraged her pursue an education in case she suffered a career-ending injury, she told Better Video Network. She ended up tearing her knee and went on to obtain a International Business degree from the University of Florida.

She also worked as a model from 2001-2004 and studied acting in New York at the Maggie Flanigan Studio, according to IMDb. 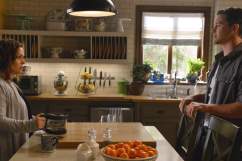