Jim Carrey and Jeff Daniels visited Jimmy Fallon on June 10 to debut the highly anticipated trailer above for Dumb and Dumber To.

As we await the return of Lloyd and Harry on screen after 20 years, let’s look at the actors’ uniquely hilarious relationship.

The duo is back in November with Dumber and Dumber To, and Daniels think their chemistry is even better the second time around.

I loved doing it. I loved working with Jim again. I think we’re even better together this time than before. We know each other, we’re friends, we work with each other. We’re 20 years better at what we’re doing than what we were. I like our chances. It certainly felt funnier than the first one, I know that. But it’s not for me to judge.

2. They Made These Suits Famous

The movie already has its own Vine. In the video below, we see the orange and powder blue suits that the boys wore in the original Dumb and Dumber, flash across the screen.

We hear their signature laughs, and Lloyd’s catchphrase, “I like it a lot.”

3. They Get Into Character Differently

In the interview with Fallon, Daniels described their taping of the hot tub scene is the first film.

“Before we even said a word, he just went into Lloyd. He just did that thing,” he said.

Daniels, on the other hand, swishes his head around in order to transform into Harry.

“He does that before every take, by the way,” Carrey said, as Daniels moved his head.

4. They Have Different Head Sizes

Carrey explained to Fallon that his costar has as a pretty large head, which works well on camera.

“He’s anatomically correct as an actor,” he said.

Carrey, on the other hand, recognizes that he has a small head, which makes him look like a “bit of pea brain” beside his friend.

To solve this problem, Carrey would always stand three or four steps in front of him.

5. They Have New Costars

Turns out the Jennifer Lawrence is a huge fan of the original, and asked the directors for a part.

I was disappointed that we couldn’t keep the cap on that. That’s what happens when you put one of the hottest young actresses in your movie. She’s still in it and we had a ball and it’s hard to feel bad about the whole thing.

The Farrelly Brothers, who wrote and directed both movies, decided to start a Vine competition to find some walk-ons.

Alright, here are the contest rules for Winning A Walk-On On Dumb & Dumber To!
First, make a Vine re-creating a scene from the original Dumb & Dumber, but put your own spin on it.
Use the hashtag #DumbTo so we can see them all. (Yeah yeah, I know what a “hashtag” is…now)
You have until September 15, 2013 to post.
After September 15, Bobby and I will pick the winner. The winner and a friend gets to be a walk-on on the film.
Good luck! 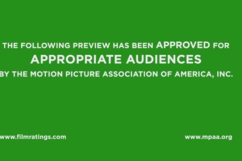 VIDEO: Dumb and Dumber To Trailer