Jonny Weston has managed to stay under the radar until now.

Landing a role in Insurgent, the sequel to the 2014 dystopian blockbuster Divergent, he will surely be on our minds now that the casting news broke in early June.

Here’s what you need to know about the All-American actor who’ll be sure to steal some YA hearts.

1. He Plays Edgar in ‘Insurgent’

We’re excited to announce that Jonny Weston has joined the cast of The #Divergent Series: #Insurgent! pic.twitter.com/eLwoipa33c

In the sequel to Divergent, Weston has earned a role. He will join Shailene Woodley, Theo James, Ansel Elgot, Miles Teller, and Zoe Kravitz as Edgar.

No word yet on who the new character is, since Edgar is not in the Veronica Roth book trilogy.

His casting news was coupled with that of Suki Waterhouse’s , who will play Marlene, a member of Dauntless.

2. He Starred in a Surfing Movie

In the drama, Gerald Butler acted as his mentor, Frosty Butler, and the two formed a close bond. In the video above, we see Butler sharing some laughs with his younger costar.

“I learned so much working with him. I hate watching myself on screen. The only reason I can sit through the movie is because of the rapport I have with him,” Weston said.

Although Weston actually had 10 years of experience in surfing, he still practiced in anticipation for the role.

According to Teen, his regime included 12 hours of surfing a day.

In a 2012 interview, he was asked if he’s single. The actor replied, “Yes! I’m aggressively on the lookout.”

He dished on what he looks for in a woman.

“I think that quirky, weird things are my favorite but if she’s not quirky and doesn’t goof around, it’s no fun,” he said.

4. He Dropped Out of College

The Charleston, South Carolina native moved to the West Coast to attend the University of Southern California.

When he was 19, he halted his studies and moved to New York to pursue acting.

He told the Daily Actor, “I was taking a theatre class just for the sake of getting out of chemistry and I loved it so much that I quit college and moved to New York.”

In Taken 3, Weston will join the cast as Maggie Grace’s love interest. 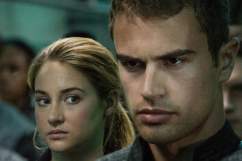