CBS’s new crime drama has been getting a lot of attention from the media for its seduction and sex appeal. Reckless follows a Yankee litigator named Jamie (Anna Wood) and a southern attorney named Roy (Cam Gigandet) as they work on a scandalous case and try to mask their attraction for one another. It’s one of the most anticipated dramas of the summer, and is sure to be a hit.

Here’s what you need to know about the sexy new series.

1. The Show Is Written By The Woman Who Adapted Nicholas Sparks’ ‘Safe Haven’

Dana Stevens is known for her work on What About Brian, and recently takled to TV Guide about her infatuation with the show and the themes it explores.

It’s fun to see the Yankee versus the Southern gentleman. Most of the world now would be like Jamie, like bulldoze in there, say whatever you want to say, and he shows that you can subvert things and win cases by being more clever with how you say things and how you make the jury feel.

Stevens also dished some details on the couple that the show revolves around. She said that the two are very attracted to each other, but

They get close to the edge.

Hmm… does this mean the romance won’t last the whole season?

2. The Show Shoots In Charleston

The show shoots and is set in Charleston, South Carolina. It’s based off of a 1997 British show with the same title and is one of the three series CBS picked up this season.

Have Sunday plans yet? Now you do! Reckless on CBS Sundays at 9pm!! http://t.co/0GmvGXphRO

TV Guide discussed the significance of setting the show in the south.

Unfortunately for the actors, multiple reviews have claimed that Charleston outshines them.

Hardwicke is a producer, production designer, and screenwriter. In April, it was announced that she would direct the drama-edy, Miss You Already, which was rumored to star Jennifer Aniston. Her other credits include Thirteen, Lords of Dogtown, The Nativity Story, Red Riding Hood, and Plush.

Yup- this means that the guy who played an evil vampire in the Twilight movies will be reuniting with his former director Catherine Hardwicke, and it’ll definitely be a first for the Washington native to play the nice guy. The Huffington Post wrote,

Most of the men on “Reckless” are awful and since Gigandet is so synonymous with villains (hellllo, he killed Marissa Cooper!), it may be a little surprising that he’s the series’ nicest character.

When The Huffington Post asked Gigandet whether the accent was harder to learn than all the legal stuff for the show, he said the latter was harder.

With the accent, I could just think lazy thoughts and the Southern tongue would come in. But that lingo, that’s not easy. Throughout the entire season, I mean, I felt like I got it. I progressed and got a little better, at least I hope so. It definitely took a lot of time to memorize a lot of those things in the beginning.

5. The Show Has Received Underwhelming Reviews Despite Its ‘Steamy’ and ‘Sultry’ Nature

It’s very sexy. We would make episodes where we’d be like, ‘They are not going to let us do this. CBS really meant it when they said, ‘We want to push the envelope.’

Modestly diverting on its own terms and well-cast at the fringes, the show’s leads probably aren’t as compelling as they need to be, given the desire to produce fireworks between what CBS describes as its “gorgeous Yankee litigator and charming southern attorney.” So while the show masters the network’s formula, it could use a little help with chemistry.

Merely witless, akin to a trashy and disposable beach read that should come with its own sunscreen — or perhaps a wet bar to distract us from the cheesy plotting and cardboard acting.

The show premieres Sunday on CBS at 9 pm. 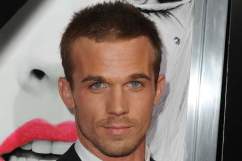 Read More
Cam Gigandet, CBS, TV
'Reckless' is the most sultry and sexy show on TV this summer, and it premieres this Sunday. Here's what you need to know.