Rik Mayall, the iconic British comedy actor, has died at the age of 56, reports the BBC. The British broadsheet, The Independent, confirmed the sad news via his agent. The circumstances surrounding his death are unknown. A statement from Mayall’s management company read:

We are deeply saddened to announce the death of Rik Mayall who passed away this morning. We will be issuing a further statement in the fullness of time.

TMZ reports that his death is a “mystery” and his family are “puzzled” by it. The comedian wasn’t ill at the time of his passing although foul play is not suspected. The BBC reports that am ambulance was called to his home at 13:19 BST after reports of a sudden death at the house. Speaking to the Daily Telegraph, his wife, Barbara, said “Maybe he had a fit, maybe it was his heart. We just don’t know.” 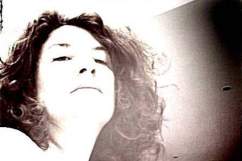 1. He Was One of Britain’s Greatest Physical Comedians

Mayall will be best remembered for his roles in Bottom, The Young Ones and Blackadder. Most of his famous work was done in collaboration with Adrian Edmondson. The pair met while they were both students at the University of Manchester. They formed a comedy duo called “The Dangerous Brothers.” In a statement, Edmondson said:

There were times when Rik and I were writing together when we almost died laughing. They were some of the most carefree stupid days I ever had, and I feel privileged to have shared them with him.
And now he’s died for real. Without me. Selfish bastard.

Most recently he had starred in the UK comedy series, Man Down, which debuted in October 2013. At the time of Mayall’s death, a second season had been commissioned for the show. The Daily Mail reports that Mayall was filming in Portugal last week but he is believed to have died at home in London.

He was the most extraordinarily good actor as well as being an amazing stand-up comics. Apart from being great company, he was a great professional. I remember going to the very first night of the Comedy Store and thinking ‘Where does this come from? It was the most extraordinary thing, him and Ade Edmondson doing the Dangerous Brothers, they were called, and you just felt you were in the presence of something, a whole revolutionary thing

2. Mayall Had a Cult-Movie Career

He also moved into movies with hits such as Drop Dead Fred in 1991. The movie was hated by critics in the US with Leonard Maltin recommending it “only for people who think nose-picking is funny.” Despite this, the movie was still a financial success. Mayall won the role of “Fred” only after Robin Williams dropped out of the project to star in Hook.

His other movie ventures included the movie-adaptation of Bottom, Guest House Paradiso in 1999.

In what could have become a breakout role in the US, Poltergeist Peeves in Harry Potter & the Sorcerer’s Stone, Mayall was disappointed to learn the role was cut from the final movie.

Oh no. Awful news about Rik Mayall- a fireball of creative comic energy and inspiration. Such brilliant raw talent. http://t.co/OdAJgjMgnu

Rik Mayall pictured with his daughter, Bonnie, as a baby. (Facebook)

Mayall was married to Scottish make-up artist, Barbara Robbin. Prior to his marriage to Robbin, Mayall had a long-term relationship with American writer Lise Mayer. He left Mayer to marry Robbin in Barbados in 1985. The couple had three children together, Rosie, Sidney and Bonnie. Mayall was not active on Twitter:

Opening my very own Twitter to stop another bastard from doing it. So fuck off & don't expect to hear from me any time soon. Love Rik x

4. He Nearly Suffered Brain Damage in the 90s

In 1998, Mayall suffered a serious accident while riding a quad bike. In a spoof biography of the actor, Mayall claimed he “rose from the dead.” At the time of the accident, the BBC reported that Mayall was “seriously ill.” The bike is believed to have flipped over, trapping Mayall underneath it.

His death happened on his family estate in the English countryside. He later told The Guardian about the incident:

I beat Jesus Christ. He was dead for three days at Easter. When I crashed it was the day before Good Friday, Crap Thursday, and I was technically dead until Easter Monday – that’s five days…beat him 503.

Shocked & saddened that a comedy hero is gone; for those who grew up on 'The Young Ones', Rik Mayall was one of funniest performers ever.

5. He Was Hugely Respected in the UK

In 2010, Mayall placed 91st on a list of the “Top 100 Stand-Up Comedians.” He was also an honorary graduate of the University of Exeter.

My brother once met Rik Mayall on the street. "Can I shake your hand dude?" he asked. Rik shook it. "Now give me a fiver," he said. 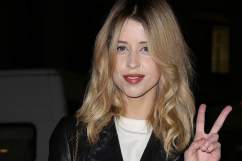 Peaches Geldof Autopsy Results: Heroin Overdose Is Cause of Death