Rising Star is a music competition that makes the viewers at home the judges. By using an app, the viewers vote and the performers excel in the competition or are sent packing right then and there. There is no results show. The “experts” on the show include stars Kesha, Brad Paisley, and Ludacris, while the show host is Josh Groban. But, what we want to know is who the contestants are … ? The only clue the show has given thus far is a Twit pic of suitcases (shown above.)

UPDATE: Check out Week 1’s performers in the below link:

Did you know that #RisingStar contestants can be a solo act, a duo, or a group of up to 5 members? pic.twitter.com/YWHNOigiBE

We’re guessing the contestants will be revealed on the premiere of the show and no sooner than that. We’ll just have to wait … In the meantime, you can download the voting app and learn how to use it by clicking the below post: 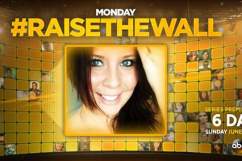 ‘Rising Star’ App: Voting – How To Vote as a Home Judge