Scott Disick is one of those reality stars who everyone knows. Whether you love him or hate him, he’s a big part of the Kardashian package and he’s here to stay. Check out the 5 Fast Facts on Disick.

1. Scott And Kourtney Are Having Their Third Child

Scott Disick and Kourtney Kardashian have two children together – Mason and Penelope, but now a third is on the way. A source told Us Weekly, that Kourtney is simply glowing and this was definitely a planned pregnancy.

2. Both of Scott’s Parents Died Months Apart This Past Year 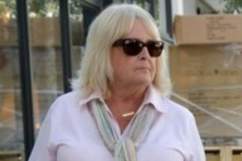 This past year was a very difficult one for Scott Disick. Not only did he lose his mother, which was shown on Keeping Up With the Kardashians, he lost his father just months later. This was the first time viewers really got an emotional look at Scott and it really humanized him. 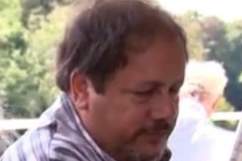 Last year, the show Punk’d returned without prankster Ashton Kutcher and Scott Disick was a hilarious victim. When his luxury car is “towed” from outside his friend’s house, Disick is trying to bribe the junkyard to get back his car. It was beyond amusing to watch. Check out the above clip.

4. He Used to Have a Destructive Drinking Problem

Scott’s drinking and partying ways were a big issue for many seasons on Keeping Up With The Kardashians as well as the Kardashian spin-off shows. Since hitting rock-bottom and becoming a much better father, Scott has worked hard to change his ways.

One of the real low points was when sisters Khloe and Kourtney were in Miami with Kourtney and Scott’s young son Mason. Disick came home belligerently drunk and became violently destructive. Kourtney left him and the two sought out therapy. Another moment was Disick drunkenly ruining a business dinner in Las Vegas as he shoved a hundred-dollar bill in an innocent waiter’s mouth.

5. Scott Disick Is a Lord

On an episode of Keeping Up With the Kardashians, Scott Disick decided to become a lord. Now, even some of the Kardashians call him “LD”, which is Lord Disick for short. Check out the moment that Disick became a lord in the above clip.