Rutina Wesley’s character Tara Thornton dies in the first scene of True Blood’s premiere. It’s the last season and it looks like the show has started things off with a bang. While the vampires are under attack, Thornton tries to protect her mother from the rogue H-vamps and is killed. Her mother, however, survives.

Though it appears Tara is definitely dead, many fans suspect that she is actually still alive … in a manner of speaking … We don’t actually get to see Tara die, so maybe she will reappear at some point … Bustle.com writes:

It’s strange though that this character who’s been a part of the series since Day 1 is disposed of, seemingly permanently, in a swipe so fast you can hardly see it … And yeah, Tara was the biggest whiner this side of Sookie. But she’s been on the show for six years and all she gets is a blurry shot and a “Tara’s dead!!!” It’s a little strange.

Damn they done killed Tara before the credits. #TrueBlood 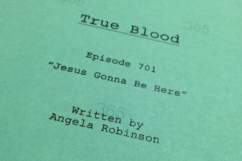 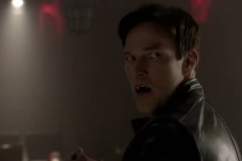 Read More
Celebrities, True Blood, TV, Vine
Of course the premiere of "True Blood" had to kick things off with a major death ...