-They danced with a full set of girls behind them.
-Heidi, Howie, and Mel may have been fans, but Howard wasn’t into it. He thought they were just “nice”.

-In this daring act, Valo & Bobby perform a crazy stunt as he balances a contraption on his head that his wife bikes inside.
-Howie was really into the danger factor– he was impressed with how gutsy the act was.

-She sang Iris by the Goo Goo Dolls in a beautiful red dress.
-Howard thought she was a little bit nervous and it wasn’t her best performance.
-Howie thought he saw more of a Broadway performance than anything else.

-Mel B stood up after their performance.
-She also had a lot of fun watching their feet… which moved “bloody fast”. She admitted that they’re her favorite act.

-They got Mel B– she was into it!
-“I’m baffled! Your shenanigans were baffling!” said Howie.
-Howard also said the guys are likable and that their tricks are incredible.

-Howard admits he’s a big fan, but wasn’t a huge fan of the particular song.
-Howie Mandel thinks the 12 of them are in the wrong city but have a great act.

-They used trampolines and flipped around… while jump roping.
-The judges were really into their act and thought they brought it for the live shows.

-They’re act was beautiful, but Mel B says it may not be for everyone. She described it as having an “acquired” taste.

-All four judges gave her a standing ovation.
-Mel B said ‘wow’; Howard said she’s the reason he became a judge; and Heidi thinks she’s a star.

-He walks out in a suit and puts on a little theatrical act before his performance; he begins by breaking baseball bats with his head.
-Howard loves him; Mel B loved both his personality and his whole show and everything he did for the audience.
-He reminded Heidi of the Tasmanian Devil.

-He received a standing ovation from both Howie and Howard.
-“When you stopped, I turned to Howie and I just didn’t want that to stop!” said Mel B.

-He sang The Beatles original song “Come Together”.
-Howie stood up following the act. He said his performance was enough to win him the $1 million.
-Heidi thought he was very smart singing a beloved Beatles song.
-Mel B: “That was just one hot performance!”
-Howard “rained on the parade”– he thought Dakota picked a great song, but felt the performance lacked a little bit of charisma. 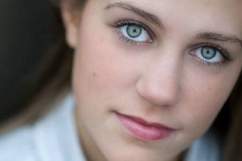