Dance Moms‘ star pupil Asia Monet Ray takes center stage in her new spin-off series Raising Asia. The 8-year-old poses a triple threat with talent in dancing, singing and acting, and she is “focused on her career, like crazy.”

Learn more about Asia’s rise to stardom and tune into tonight’s premiere of Raising Asia on Lifetime at 10 p.m.

Ray began dancing in 2009 and quickly became one of the best young dancers in the world. At age 5, she won the StarPower National Championship Title (8 and Under), the competition’s youngest winner in its 25-year history, according to her biography.

Abby’s Ultimate Dance Competition chose her for the show at age 6, seven years younger than the other performers, and she finished in the Top 3. Asia then went on to star on Abby Lee Miller‘s other Lifetime series, Dance Moms, for its third season. She held an undefeated title with Abby Lee Miller’s Elite Team.

Watch her performance to Janet Jackson’s “Control” above.

2. She Started Gymnastics & Ice Skating Before She Turned 2

It’s safe to say she has a high amount of confidence, and Asia told Fox 11 she knows it:

I was born with confidence. I’ve never been nervous. If you didn’t have confidence, I wouldn’t be able to perform in front of anybody.

Asia inherited her impressive gene makeup from her father, Shawn, a former bodybuilder, and her mother, Kristie, a former model and fitness performer. Their lives now revolve around their two daughters, Asia, born August 10, 2005, and her younger sister, Bella, born in 2008.

Shawn competed in more than 30 major bodybuilding competitions, finishing in the top five in all but one. He retired in 2001 at the age of 36. He married Kristie in 2003 and recommitted to his life as a Christian. He told Getbig.com about settling down and returning to church:

I think when you start to understand the true meaning of marriage and commitment. There is no “I” in We. … There are changes that you have to make in order to make your marriage a success. That is when my wife and I decided to get involved with a church — and learn how to be good, faithful servants. Here is where I am learning how to be a good husband, good person and a good friend.

4. Asia Wants to Be the ‘Next Beyonce’

Asia says on her show she wants “to become the next Beyonce” and when she grows up she’s “going to rule the world.” Lofty dreams for such a young girl, but she’s putting things in motion to accomplish her goals.

Her parents have her in dancing, singing and acting lessons, making her the ultimate triple threat to take the crown from superstars like Beyonce or Jennifer Lopez.

5. The New Show Lets Her Spend More Time With Her Family

Audiences have seen lots of Asia and her mother Kristie from Dance Moms, but Raising Asia will introduce her father and sister. The refocus benefits Asia too, as she gets to see her family more than ever, she told Dance Spirit magazine.

It’s awesome because I get to be with my family. I think it’s the most time I’ve spent at my house in years! … And everyone is going to love my little sister. She’s really funny.

On the show, she and her dad go go-kart racing and play mini-golf. But when he wants to spend the day at the park in the premiere episode, Asia has other plans:

He still doesn’t get how busy I am. Pop stars do not go to the park. Their playground is the red carpet. 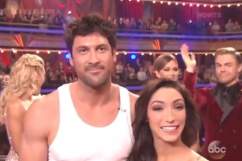