Beach Avenue made a splash performing their hit single Coming Your Way this summer on America’s Got Talent. They received great reviews from our favorite four judges– Mel B, Heidi, Howard, and Howie– and hope to make it far this season on the show. The musicians hail from small Connecticut towns and are all college graduates who work full-time jobs as they play different gigs around the region. They’ll be featured tonight on Judgment Week.

Here’s what you need to know about the band.

1. They Were Shocked By Their Instant Fame

Nick F., Nick A., and Ryan Zipp hosted a watching party at their house in Connecticut for their first appearance on America’s Got Talent. Within 30 seconds of performing, their social media pages were blowing up. Zipp told The Courant:

Our social media exploded. On the night of our show about 30 seconds into our performance, I started getting social-media notifications on my cellphone. I’ve never seen anything like it. For over an hour there were constant notifications. We were overwhelmed by the response.

The crew has 6,000 followers to date, but that’s sure to grow after their appearance tonight.

Despite blowing up on social media, the guys have all maintained their full-time jobs back in Connecticut. They spend downtime boosting their social media in anticipation of their upcoming performances on AGT, but don’t mind the little extra attention people have given them at work.

Everyone’s pretty proud that someone locally from Connecticut is making a wave out there.

3. Their Song Made iTunes Pop Singles Chart After Their Performance On AGT

After appearing on AGT, Beach Avenue’s single, Coming Your Way , reached #53 on iTune’s Pop Singles Chart, and stayed on the list for a week, selling over 6,000 copies. Their newest song, Feel the Beat , is “ready to go” according to the band’s website, meaning it just may be the song we hear them play tonight.

4. They Won Mohegan Sun’s Regional Battle of the Bands

In Summer 2011, the band won Mohegan Sun’s Battle of the Bands. Shortly after, they recorded their first EP Something to Believe In in New Haven, Connecticut. The release of this EP along with their second song, Driving That Road in July 2013, resulted in a booming fan base.

On Thursday, the guys posted on their Facebook page, saying they were filming a music video for Coming Your Way on Thursday in Stratford, CT and need some extras to complete the gig. If you’re close to the area, shoot them an email at info@beachavenuemusic.com. Who knows, Beach Avenue could be the next big thing and you could be a part of it. 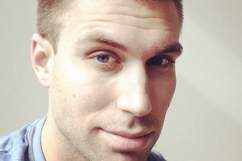