The Glee family has endured yet another tragedy. Becca Tobin, who plays Kitty, lost her boyfriend this week. In an ironic twist, Sunday marks the one year anniversary of Corey Monteith’s death.

The 28-year-old has played the mean and flirty Kitty on Glee since Season 4.

This is what you need to know about her life and career.

1. Her Boyfriend Was Found Dead

Her boyfriend, Matt Bendik, was found dead in a Philadelphia hotel room, TMZ reported.
The 35-year-old was on a business trip, and sources say Tobin was with him.

Right before they went out on Wednesday night, Bendik posted this picture of Tobin, which was his last post.

Happy birthday to the man of my dreams. Another one of these is comin' your way tonight @druidDUDE pic.twitter.com/FBdel9O9o9

The actress got cast as Kitty Wilde, and made her first appearance in Season 4.

Having gone to a performing arts high school, she was already a fan of the musical series because she was even cast:

I was a Glee fan before I joined the show! Since my background is musical theater, it was exciting to see a TV show that incorporated music so much and in such a genius way.

Tobin is embracing the character, and told Access Atlanta,
“Playing the mean girl is one of the most fun jobs in show business. She’s pretty venomous.”

In Season 5, we saw a new side of Kitty as she went public with her relationship with Artie.

3. She Posed for Maxim

Today’s Girl is Glee’s Becca Tobin, and that fills us with, what’s the word, happiness? http://t.co/9dEZle2whA pic.twitter.com/uWBZJFAlBe

In the interview, she revealed that she has men’s taste in movies.
“I saw the first Hangover half a dozen times. So I’m psyched for the third one. I really like dumb boy humor,” she said.

4. She Speaks Out Against Bullying

She was bullied herself in school, and, ironically, plays a bully on Glee.

She told Access Atlanta about how hurtful it was. “I got made fun of a lot. I was the girl who everyone knew did musicals and it was really dorky. I got told by a few girls I was never going to be a star, never going to be successful,” she said.

The actress now works with Bullyville.com, an anti bullying website, and has a page there.

In an interview with nunontherun, she told them why she got involved:

They approached me shortly after I started Glee and they thought I would be a good fit because I play a bully on the show. After talking to me and hearing about my personal experiences such as being bullied in high school it was a really good fit. I needed to counteract what I am doing on TV. I feel like the world only sees one side of me.

Tobin had plenty of real-life practice for her role as a Cheerio. In middle school, she was a cheerleader.

She graduated from AMDA. 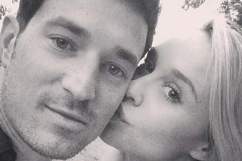 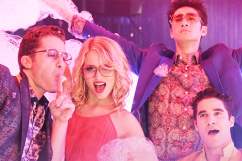