Meet Cassie Kraemer, tonight’s participant on Extreme Weight Loss. Follow her on her journey to find her long lost son, rebuild a connection with her husband, and learn to love herself.

1. Cassie Gave Up Her Son for Adoption

Cassie is a 39-year-old woman who gained almost 200 pounds when she gave up her son for adoption at the age of 21. She says that at the time he was born, she couldn’t have given him a good life. Cassie was a “party animal” who just started college, but later in life she regrets her decision. As a result, she turned to food and television as an escape. As the years have passed, however, she fears dying in her house and wasting her life away on her couch. She’s also scared to death that her son would never accept her.

2. She Gets to Meet Her Son For the First Time

She’s hoping to lose half her body weight before reaching out to her son to meet him for the first time. With all the extra weight she carries, she fears that he’d be embarrassed of her. Through her transformation, Cassie does get to meet her son and it’s a very emotional moment for her.

About halfway through her journey, Cassie gets to meet her son and it’s a wonderful moment for the both of them. She hopes to move on with her life, but hopes she and her son can stay connected.

3. Problems With Her Husband Are a Big Issue

Cassie not only has to reconnect with her son and face her own problems, she also has to address issues she has with her husband Ryan. She blames her weight for the reason they don’t have sex very often. In addition, Cassie tells Ryan that she fell in love with the man he could be, but he never evolved into the man she had envisioned. Cassie worries that she and her husband are headed for divorce.

Cassie originally fell in love with Ryan because he was funny and showed her a ton of affection. Since they got married, Cassie said he changed – he got selfish, he only works about 15 hours a week, he drinks, and he usually just does what he wants to do. Meanwhile, Cassie works up to 60 hours a week, bringing in the bulk of the money.

At one point, Ryan cheated on Cassie and it left Cassie devastated. Ryan says that he would change it if he could and Cassie became a hermit since Ryan betrayed their vows. Cassie says she stays because it’s comfortable and she almost feels like she doesn’t deserve better.

When Cassie leaves for her transformation, her husband promises to stop drinking and says he’s on board with her. Upon her return home, she finds the house a terrible mess, beer in the fridge, and garbage everywhere. Cassie has reached her breaking point with her husband because he didn’t even put food in the house that she could eat.

Just when we thought all was lost, a romantic trip really opened the couples’ eyes and Ryan turned his life around, supporting his wife. 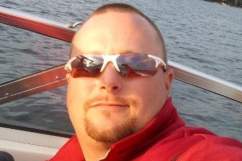 In her letter to Extreme Weight Loss, Cassie reveals that she often watches the show while stuffing her face with junk food. Chris Powell then decides to surprise Cassie with a hidden camera instead of just showing up at her house the old-fashioned way. While watching what she thinks is just a regular episode of the show, things get a little strange when Powell starts talking to Cassie through the television. You can actually watch it all happen in the above small video clip. Check it out.

NFL legend Donald Driver comes on as a guest trainer to help Cassie with her transformation. Driver is a retired wide receiver, a former contestant on Dancing With The Stars, and a talented author. According to Wikipedia:

Driver spent his entire 14-season National Football League (NFL) career with the Packers and holds the franchise’s all-time records for most career receptions and receiving yards.