Six seasons and a movie … and another stop at the San Diego Comic-Con. Community, saved at the 11th hour by Yahoo! TV, will return to this year’s convention on Thursday, July 24 to celebrate the show’s new home and another year with the gang of Greendale.

Here’s what to expect for Community‘s future online.

After NBC canceled Community back in May, the show looked doomed to reach its goal of six seasons and a movie. Then Hulu showed interest, but yet again fans hopes were dashed when the online video streaming service couldn’t make a deal. Even Harmon shared at the Banff World Media Festival in June that he had begun to lose hope for his little show that could:

It's been so long since I've seen the young maiden. My love is stronger than my fear of death. #SixSeasonsAndAMovie

Then the impossible occurred. Yahoo! revived Community for at least one more season just three hours before a July 1 deadline (when the actor’s contracts expired with Sony Productions). The possibility for more Community beyond a sixth season remains a possibility, Yahoo chief marketing officer Kathy Savitt told Vulture:

Our hope is to build and extend and prolong… that it has a healthy future for season six and well beyond.

"I had no doubt it would be back. Like a Japanese general in WW2, the only 2 options were victory or suicide" @JoelMcHale #community #sdcc

2. The Whole Cast Has Signed on for Season 6

Cast members Joel McHale, Gillian Jacobs, Danny Pudi, Alison Brie, Yvette Nicole Brown, Jim Rash, and Ken Jeong signed on for the new season. Dan Harmon’s call to action hashtag #SixSeasonsAndAMovie came true (see the origin of the phrase in the video above) and everyone celebrated the renewal on Twitter.

More college! Thanks to all the people who made this happen. #CommunityLivesOn *photo courtesy of my daughter pic.twitter.com/JmqYa7UKiv

Congrats to all the fans of #Community! You guys did it! You got your SIXTH season! #CommunityNowOnYahoo!!! xo

The band's getting back together. #SixthSeason

Community aired 97 episodes over its five seasons on NBC, coming up three shy of the coveted 100 episode mark. With the renewal, the show will celebrate that achievement in episode three of its 13-episode sixth season. Yahoo plans to air each new episode this fall on a weekly basis, rather than releasing them all at once.

1 down, 12 to go! “@crythecrawling: @danharmon Are…people demanding specific plots? Because I want in on that! Write an episode about cats.”

Despite the show not reaching 100 episodes, a threshold commonly used for determining syndication, Comedy Central began airing repeats of Community in September 2013.

All 97 episodes of Community can be streamed on Hulu and purchased at Amazon and iTunes. Harmon joked at the Comic-Con panel about those who illegally download the show:

Watch the cast discuss their thoughts on the show ending just short of 100 episodes, before their sixth season renewal, in the video above (starts at 2:12).

4. Harmon and Cast Tease Next Season of ‘Community’ at Comic-Con

When the cast and their creator reconvene at San Diego Comic-Con, they will recap season five and discuss what’s next for Jeff Winger and his study buddies. If Harmon gets his wish that could mean a possible return of Donald Glover and his character Troy Barnes. He explained at Community‘s 2014 PaleyFest panel what extreme measures he would take to have Glover back at Greendale:

I’m just going to go home, kill a chicken, drink its blood, make a Blair Witch thing out of its bones, pray to every deity that I have to that if we do get a sixth season that Donald will have tired of his Donald-ness.

TV Guide magazine’s executive editor Michael Schneider moderated the July 24 panel in Ballroom 20. Read the tweets below to see Jacobs reaction to the original cancellation, McHale’s back up plan and what Harmon has in store for season six (Pokemon? Vampires? Anti-Vaccination Messages?):

"I was ready to do a regional theater version of [it]. I could not be happier… F*** you network television." @joelmchale #community #SDCC

Gillian cried in her car when #Community was canceled — and found out Yahoo picked it up from Twitter. #CommunityLivesOn #SDCC

.@RashisTVUgly: "to maybe see that hashtag become a reality is an amazing thing" #sixseasonsandamovie #CommunityLivesOn #SDCC

Dan Harmon plans on making the same show, despite the lack of barriers now. #CommunityLivesOn #SDCC

About relationships on the show: "Now that it's on the internet, it will probably be Jeff/Dean."-@joelmchale #CommunityLivesOn #SDCC

McHale thought a season six renewal was a forgone conclusion when President Barack Obama asked about the show’s future when McHale hosted this year’s White House Correspondents’ Dinner. He told Variety about his surprise to NBC’s cancellation of his show:

Our ratings were good compared to the other NBC comedies. After President Obama asked me if it was coming back or not at the White House Correspondents’ Dinner, I really thought, ‘well this seems to be in the zeitgeist.’ 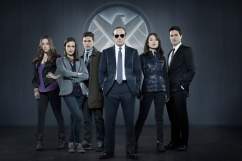