At age 6, the idea of signing onto a movie that would film for 12 years was too abstract for Ellar Coltrane to grasp. The now 19-year-old actor, who plays the leading role of Mason in Richard Linklater’s film Boyhood, ages before our very eyes in what critics have said is the year’s most captivating narrative.

The epic story chronicles Mason’s life from ages 6 to 18, and is a tale of what one boy endures as he encounters everything from fourth grade to girls to parents. Growing up before an audience’s eyes is no easy task, and Coltrane has had a difficult time wrapping his mind around the fame that’s accompanied the film’s recent release.

1. He Didn’t Read a Script for the Audition

Coltrane was cast as Mason at just 6 years old, but as the director, Richard Linklater, hadn’t written the screenplay at the time, Coltrane’s auditions pretty much involved him having conversations with the director, who was trying to cast who he thought would grow up to be a good actor and intriguing person. Coltrane told Tribute:

It was different from most auditions because he didn’t have a script written. He very much knew the structure of the film and what he wanted to do but he didn’t have any dialogue or sides for me to read so it was more of a conversation that took place over several weeks.

Coltrane went through about ten callbacks before Linklater decided he had found his lead. So, at just six years old, he decided to commit about twelve days of the next twelve years of his life to working on a project that each actor ended up being very artistically and emotionally connected to.


The idea of 12 years was a pretty abstract time at that point. I mean, it’s difficult now, even, to fathom the next 12 years. But, at that point, I understood as much as I could, but I had no idea.

Patricia Arquette, who plays Coltrane’s mother in the film, said casting him was like casting the Dalai Lama. They weren’t so concerned with how Coltrane read the role at six as they were about how he saw the world, according to Arquette. They were given the task of casting someone who would grow into an interesting adult, but only had six years of life to judge this by. Coltrane went on to say,

The actor says that despite the physical and mental transformations he’s gone through, he’s pretty much stayed the same person at his core.

Coltrane was mostly home-schooled in his hometown of Austin, Texas, where some of the movie was filmed. Interestingly enough, the character of Mason was public schooled, and he sites this as a major difference became him and his on-screen character.

He did go to high school for three years before taking his GED. Coltrane spent his youth doing some landscaping work for his dad, studying photography, and painting.

After twelve years of filming, Coltrane says he’s ready to move onto a more academic life. He told People,

I don’t really see myself leaving home anytime soon, really. I want to go to [college], so I guess that is next. I’m interested in all kinds of art. But I’ve got to figure out what to do after that.

Coltrane says that the film, in many ways, was his schooling. He didn’t learn anything academic through the process, but came to understand the virtues of discipline and patience.

3. He Dropped His Real Last Name After The Film Wrapped

Coltrane is really Ellar’s middle name, but he decided to use it as his professional last name after filming. He felt that Salmon, his real last name, was too personal to put on screen.

Coltrane’s father, Bruce Salmon, was raised in a conservative New Orleans family that he describes as kind but “very closed-minded.”

Coltrane describes his rebellious phase that came out in the character of Mason in a refreshing and almost unheard of way– he claims he drew the emotions more from his feelings towards society than his personal feelings towards his parents.

I didn’t have my parents to rebel against, but I had society, and that definitely is what they taught me. Just: Trust nothing.

4. He Thinks His Parents Are Strange

Coltrane grew up in a rule-free environment. He told Tribute,

No, I really didn’t. I never felt the need to rebel. I didn’t have a lot of structure growing up so having the film to do was a little bit of structure and I enjoyed that.

Coltrane’s craving for art and creation stems from his parents. His mother was a dancer and painter for years, while his father was a musician who traveled the country for most of his childhood. In fact, for one of his seven callbacks, the actor brought in a drawing of monkey in a tree on the back of one of his father’s 1990 band posters.

When speaking with Vulture, he says his parents are:

strange people, and they took a very bizarre approach to parenting, but they supported me unconditionally, which is something a lot of parents fail at.

Various aspects of Coltrane’s own life made it into the film. For one thing, a rant he wrote about Facebook made it through the editing process, as did a painting from a graffiti camp that Coltrane attended. When Coltrane visited the director one year wearing purple nail polish, he decided to use it in the film as the butt of one of his stepfather’s jokes.

In 2006, Linklater cast Coltrane in Fast Food Nation. He later tried to cast the boy in another film, but the actor said he didn’t want to work over the summer. He then fired his agent, saying he didn’t want to keep acting.

Since the release of Boyhood, Coltrane has reconsidered this statement.

Linklater is unsure about Coltrane’s future, though. He told Vulture,

Ellar’s a good actor, (but) you’ve got to have some bad qualities, too. Like something to prove. You’ve got to want it bad.

Ethan Hawke, who plays Coltrane’s dad in the movie, says that Ellar needs to take his fame in a stride. The acting veteran discussed losing River Phoenix and Philip Seymour Hoffman to heroin to vocalize his concern with the effects of imminent fame.

Despite the success the film has brought him, Coltrane is still ambivalent about road ahead.

That’s what really gets me. This is the beginning of my life, and that movie is the fucking beacon of that. That was my life for the last 12 years. That’s over. And now, now what? 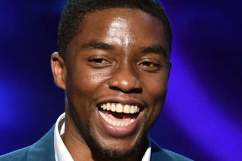