Halle Berry stars in Extant, a new serialized drama from CBS and Steven Spielberg. Berry plays an astronaut who returns to Earth after a year-long solo mission in space and learns she’s mysteriously pregnant.

Before her mission, Berry’s Molly Woods believed she couldn’t conceive which prompted her husband John, played by Goran Visnjic, to invent a robot that acted like a human child named Ethan.

Here’s what you need to know about Extant, its star power and what it actually means. And be sure to read the recap for the premiere episode.

Halle Berry of New TV Sci-Fi "EXTANT" talksHalle Berry should heat up your summer when she debuts "EXTANT" this July which you can see right here on Global.You think playing an astronaut would mean she geeks out on science but she said she learns more about life from her family… Extant is an upcoming American science fiction drama television series that will…2014-05-28T20:30:26.000Z

Berry thinks some of the best writing for women is happening on television and that helped convince her to make the jump to the small screen. She told ET Canada (in the video above) about the shrinking divide between film and TV and what her favorite female-driven TV show is:

I just find that there are some great roles on TV right now for women. I’m a big fan of The Good Wife, like that’s a role… The divide between film and TV is getting smaller and smaller. It’s becoming more gray. It’s not so black and white where you have film stars and TV stars. I think they’re actors just looking to find good work.

Berry started her acting career in the short-lived TV series Living Dolls, a spin-off of Who’s the Boss. The show starred The Waltons‘ Michael Learned and a young Leah Remini. Berry told Entertainment Weekly magazine about her experience on the series that lasted only 12 episode:

Berry’s other TV credits included a recurring role on Knot’s Landing and TV movies Introducing Dorothy Dandridge and Their Eyes Were Watching God.

2. Steven Spielberg Is Working in the Writers’ Room

Spielberg has added more than just his name to Extant. He holds an executive producer credit and he’s “reading every script and brainstorming ideas with the writers,” according to Entertainment Weekly magazine. Spielberg’s other TV series in production include CBS’ Under the Dome and TNT’s Falling Skies.

The legendary director delivered news of the series pick-up to the show’s creator, Mickey Fisher. The Ohio playwright entered his first television script into the TrackingB Tv Pilot Contest, according to Variety. Fisher’s script reached the final stage and garnered the attention from Allysa Bauer, a young assistant at the William Morris Endeavor (WME) agency. She and her WME coordinator Solco Schuit pushed for their bosses to look at the script, and it eventually landed at Spielberg’s Amblin TV.

Fisher told Variety about his first experience in a TV writers’ room with Extant:

It was my first time being in a room with that many people who were kicking around ideas back and forth. I would come home every day just with my brain exhausted from talking and brainstorming and things. It took me a while to find my footing doing that. Although it was exhilarating and it was great because you finally had all these great minds to kick these things around with and the story moved so fast.

When Molly Woods discovered she was infertile, her inventor husband Paul Woods created their robotic son Ethan (Pierce Gagnon) as part of his humanics project. Paul grew closer to Ethan in the year Molly was in space, so she will have difficulty reconnecting with her so-called son, Visnjic told HitFix:

John created Ethan, and when Molly left in space, she left with the relationship with Ethan being unresolved. It’s difficult [enough] to deal with a 10-year-old when he’s yours from birth on. In the pilot, John is very comfortable with this little robot, but Molly, who has been away so long, will have issues reconnecting with him.

Molly will also struggle reconnecting with her family when she has a mysterious being growing inside of her. When the astronaut returns home, her best friend and doctor Sam Barton (Camryn Manheim) informs her that she’s pregnant. It’s pretty unbelievable considering no one else was on the space ship with Molly for 13 months. A strange encounter with an alien entity that appears in the form of her dead boyfriend could explain what put her in that condition.

Berry explained to Entertainment Weekly why these aliens may have used her body as a host:

There’s a reason that it chose her body to come through, and take something from her that it needed in order to come to Earth. I think these aliens have realized they need part of what is human if they want to survive. So many species before us have all gone extinct, but humans are still here. Why is that? I think this other life force realizes there’s something about us that they need for them to not become extinct.

4. The Word Extant Has Two Meanings

The show gives two definitions for the word “extant”: to still be in existence or the opposite of extinct. Spielberg told Entertainment Weekly magazine that CBS was “very brave” to not ask the show to “come up with a less esoteric title.”

The Hollywood Reporter challenged the show’s stars to come up with their best definition for the term. Louis Gossett Jr., who plays Berry’s father, said it was the “creation of a new being” while Michael O’Neill, who plays Berry’s boss, said the word had to do with survival.

It means to be in existence. The name is great because that’s what our show is about is fighting to stay alive. At the end of the day, we are going to be fighting for humanity to exist. I don’t think there could be a better title actually.

5. Malia Obama Worked on the Set as a Production Assistant

Confirmed! Malia Obama Worked On 'Extant' ProductionLast week, rumors began to swirl that President Barack Obama's eldest daughter Malia had traveled to Hollywood to work as a production assistant on CBS' sci-fi series Extant. ET got to the bottom of the reports at the show's Los Angeles premiere on Monday night.2014-06-17T17:37:17.000Z

Being an co-executive producer had its perks for star Berry, who hired on President Barack Obama’s oldest daughter Malia as a production assistant. Berry’s co-star Manheim confirmed the news to Entertainment Tonight at Extant‘s Los Angeles premiere:

Watch Manheim gush more over the 16-year-old Obama daughter and her family in the video above. 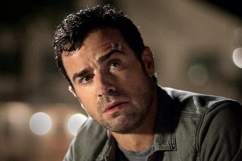 ‘The Leftovers’: 5 Fast Facts You Need to Know