There is tragedy for the Barrymore family as Jessica Barrymore was found dead in her car yesterday morning in National City, California.

Her close friend, Cara A. Dysert, believes her death was an accident, telling Radar Online, “I really do not think she wanted to die. I don’t think she planned this as she was excited about her birthday tomorrow. I never sensed that she was in emotional pain.”

Her half sister, Drew Barrymore, released this statement to People on Wednesday:

Although I only met her briefly, I wish her and her loved ones as much peace as possible and I’m so incredibly sorry for their loss.

Here is what we know so far.

1. She is Drew’s Half Sister & They Didn’t Keep in Touch

Drew is Jessica’s half sister, sharing the same father.

In a 2010 interview with the Telegraph, when asked if she speaks to her half siblings, Drew said, “No,” followed by, “Occasionally.”

In 2014, Drew hinted that she wasn’t close to her family, telling Marie Claire, “My friends are the loves my life.”

Jessica has two other half siblings, a brother, John Blyth Barrymore, and a sister, Blyth.

John followed in his family’s acting footsteps, and is known for his role as Zeke in the 1970s television series, Kung Fu.

He confirmed to the Daily News that Drew and Jessica had only met to scatter the ashes of their late father, shown in the picture above, and on one other occasion.

Regarding whether or not Jessica’s death was a suicide, he told the Daily News, “It looks like it was a drug misadventure. Mixing alcohol and pills. I seriously doubt she took her own life.”

Life doesn’t always introduce you to the people you WANT to meet. Sometimes,#life puts you in touch with the people you NEED to meet to Help You, to Hurt You, to Guide You, to Leave You, to Love You, and to gradually Strengthen You into the Person You Were Meant to Become.

2. She Was Found in Her Car

Her car was blocking the driveway of Marta Lopez, who was attempting to leave for work at 6 a.m. She was the first one to find her unresponsive.

According to ABC 10, Lopez called out to her, saying, “You need help, you need help,” and then realized she was already dead.

Lopez’s son, Oscar Sandoval, said he saw Jessica’s car parked in the same spot around midnight.
“I thought she was sleeping or waiting for someone,” he told ABC 10.

The Daily News reported that police “froze the scene” and took custody of the Toyota Camry and “all its contents.”

3. There Were White Pills, Vodka, and Meth Beside Her

White pills were scattered around Jessica, whose real name, according to imdb, is Brahma Jessica Blyth Barrymore.

Her seat was reclined and she had a SoBe energy drink between her legs. An autopsy will be performed on Wednesday to determine the cause of her death.

Drew herself dealt with drug addiction. In 1988, according to Wonderwall, she entered ASAP Family Treatment Center, a drug and alcohol rehab hospital. She left there after two weeks to film Far From Home and relapsed in a nightclub.

After she stole her mother’s credit cards and ran away to Los Angeles, she returned to rehab. The following year, she went to rehab for a third time after cutting her wrist with a kitchen knife.

In a 1990 interview with Movieline, Drew said, “I used to wake up at 4 p.m., do drugs, and then go clubbing until 6 a.m. Now I still love to go out but I come home at a respectable hour, eat good, get enough sleep. There’s no drugs, no booze, but there will always be the temptation.”

John Drew, who was an actor, died from cancer in 2004. For his contributions to television, he has a star on the Hollywood Walk of Fame.

Although Drew did not have a relationship with him, she paid his medical bills. In an interview with Movieline in 1992, Drew said, “”In a flash, I can be an incredibly sour person for all the stuff I’ve had to go through at such a young age–for all the pain I got from my father, with whom I’ve had an impossible battle my whole life.”

Sometimes, I can’t even hold a conversation with him because he’s so out in the ether, you know? Since I was born, he’s never worn shoes because, in the planet he’s on, intelligent people know not to wear shoes. He has actually gone into another dimension and stays there. You cannot go to his level and he will not invite you in. He’s out somewhere, crazy, with blue eyes that just suck you in, riding around barefoot with a torn-up duffel bag on a little bicycle. I sometimes wonder where I got all my shit from, until I think for one second of his name or his face. Then, I no longer wonder.

Drew and Jessica’s father was married and divorced four times. In fact, he left Drew’s mother, Jaid, two months before she was even born.

John Drew’s father, John Barrymore, who was a Hollywood actor, died from alcoholism.

Nina Wayne, Jessica’s mother, is still alive, and was also an actress. Radar reported that Jessica visited her mother, who is in a nursing home, shortly before her death.

“She visited her mom the day before, and her mom is almost gone. It was hard for her to see her. I doubt she tried to kill herself, though . . . I predict it will be that — mixing booze and pills and taking too many,” John told the Daily News.

On the morning of Jessica’s death, a friend posted this to Facebook:

5. She Was a Californian & Worked at a Pet Store

According to her Facebook page, she lived in San Marcos, California, and had attended San Diego School of Creative and Performing Arts.

She had a job at Petco.

Her coworker, Dawn Scott, told ABC 10, “Jessica was always a helpful person. If we had any problems she would help us work things out. She would always put people first… She was one awesome, helpful person and she’s someone we’re all going to miss.” 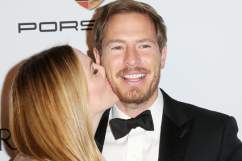 Will Kopelman: 5 Fast Facts You Need to Know