Pawnography is a brand new game show, which features our favorite guys from the show Pawn Stars – Chumlee, Corey, and Rick Harrison. Read on to check out all the info on the new series, which premieres tonight at 10:00 p.m.

This show gives viewers the chance to go head-to-head with the man who knows a little bit about everything, Rick Harrison, and take home treasurable items from the World Famous Gold & Silver Pawnshop.

2. The Tag Line Is “The Only Game Show Where We Don’t Want You To Win”

Rick Harrison jokes about the show, talking to the Wall Street Journal about how it’s the only game show where they really don’t want you to win. Check out the interview in the above video.

Filmed in front of a live audience on the Pawn Stars’ home turf, Las Vegas, each episode of Pawnography will feature Rick, Corey & Chumlee vigorously defending their treasured items from confident and brainy contestants. The cherished items up for grabs are from Rick’s personal collection and he doesn’t want to give them up – this is the only game show that doesn’t want the contestants to win!

The hilarious comedian and actor Christopher Titus is the host of the new game show. Time called the show “brutal, hilarious and audacious”, while Newsday called him “TV’s most original comic voice since Seinfeld”. Check out Titus in the above interview, talking all about what we can expect to see.

.@TitusNation is the new game show host with the most in #Pawnography, premiering THURSDAY 10/9c on @HISTORY. pic.twitter.com/nhUcgcNhbS

Richard “The Old Man” Harrison is blunt and honest, which is why we love him. He really wasn’t interested in being on Pawnography and that’s why he isn’t. Son Rick Harrison told Las Vegas Review Journal:

He wasn’t interested. He’s more than happy with what he’s got. He helps take care of my mom. He’s 73. He said, ‘I don’t need another job.’

Vote for an Old Man saying! #PawnStars RETWEET for "Degrees of stupid" FAVORITE for “If idiots could fly” pic.twitter.com/zmMBlSTag3

5. You Can Walk Away With Either Cash or Prizes

Will the trivia king lose his crown? Find out in the series premiere of #Pawnography July 10th at 10/9c on @HISTORY. pic.twitter.com/Xu2yRKlb2K

The really fun part of this show is that you’re competing for cash or prizes from the famous pawn shop you see on every episode of Pawn Stars. You could end up taking home your dream item that doubles as a souvenir from the show. 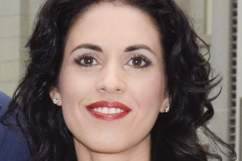