Scott Commings and Jason Zepaltas are the two finalists on season 12 of Hell’s Kitchen and Scott has taken the crown as winner. Tonight it all went down in front of millions of viewers and Chef Gordon Ramsay. Mercury News gives the run-down on tonight’s episode:

The food fight reaches the knockout round as the winner is chosen after the two finalists are challenged to create five unique dishes and then prepare for the final dinner service. The winner nabs $250,000 and a post at Gordon Ramsay’s eatery in Las Vegas.

With celebrity guests and tons of pressure, the two chefs really felt the heat and were forced to lash out at their fellow chefs who were helping them in the kitchen. Jason called a slow-moving chef a “dumbass” while Scott was forced to tell one chef to leave. Overall, Scott seemed to handle himself the best and Ramsay picked him as the winner.

RT if you're pumped for the Season Finale of #hellskitchen – tonight at 8/7c on @FOXTV! pic.twitter.com/Q6vJm24hzk 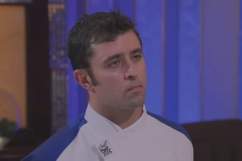 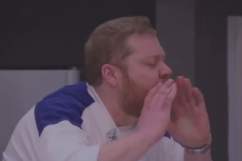