Tonight is the premiere of another season of Teen Mom 2 and this season will be action-packed. Read on for all the info on what to expect and some catch-up details on our four favorite teen moms.

– MTV gives the run-down on Chelsea and Jenelle where the season begins:

Jenelle is busy preparing for the arrival of baby No.2 while dealing with her son Jace’s developing behavioral problems, as well as being caught in the middle of her baby-daddy Nathan and mother Barbara’s ongoing tension. Meanwhile, Chelsea wants a stable life for herself and her daughter Aubree, but she continues to have co-parenting issues with Adam, who’s experiencing legal issues.

– We pick up with Chelsea having bought her first house. Hollywood Life writes:

Chelsea is moving on with her life and has just purchased a house for her and her adorable daughter, Aubree, to live in. The only problem that remains is Adam Lind‘s legal troubles, which continue to affect their ongoing custody and visitation battle.

– As for Leah, she’s having a lot of issues dealing with Ali’s medical bills and feels like her husband is more controlling at times, rather than supportive. MTV writes:

Leah is struggling to cope with the combination of Ali’s medical condition, the responsibility of caring for her three children and her tenuous marriage. It proves to be too much for her, and she seeks help for anxiety.

Leah and Jeremy are even said to be talking divorce and Hollywood Life reports:

It doesn’t help when the family finds out that Corey Simms‘ medical insurance does not cover all of Ali’s basic needs.

– Classicalite has some crazy news on Kailyn:

Kailyn plans to have at least one more girl or boy to add the growing ranks that already include Lincoln Marshall and Isaac. After she has that final kid for her and husband Javi Marroquin to keep the New York Times Best Selling author wants to be a surrogate so some other family can have a baby.

Think this will really happen?

– Radar Online writes that there will be a season 6 despite reports that MTV was ending the series. Radar says that because producers saw how high ratings continued to be, they reconsidered and the four Teen Mom 2 stars will return for a sixth season.

– Kailyn’s problems surround her marriage and her custody arrangement with Joe. MTV reports:

Kailyn is now a mom of two, and new challenges are presented when husband Javi is off at work. She also deals with being away from Isaac for the longest duration she’s ever experienced due to her visitation agreement with ex Jo.

Who's excited for the new season of #TeenMom2?! Make sure to watch it on MTV on July 16th, 10/9c! pic.twitter.com/KkpXwoN9Qo 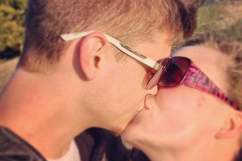