@selenagomez appears to be moving on from @justinbieber! Meet #tommychiabra. Is he hotter than Biebs or naw? #22 pic.twitter.com/WflbqcXfIG

Selena Gomez spent her 22nd birthday in the arms of a hot Italian businessman.

They were spotted in St. Tropez together, holding hands and even sharing a towel.

Selena, Cara Delevingne, and Tommy Chiabra on a yacht in Saint-Tropez, France. pic.twitter.com/WnXwdd0D0Q

On July 9, we reported that model/actor Tanz Watson was getting flirty with Gomez in New York City.

However, the starlet seems to have a new man already and this is what we know about him so far.

Until last month, he seemed to be dating Gossip Girl actress Jessica Szohr.

In May, E Online called him a “mystery man,” and published photos of them kissing in L.A.

On June 19, the pair was on vacation together in Portofino, Italy. E Online ran pictures of them hugging poolside.

2. He Founded a Yacht Company

On his company’s official site, they display different yachts clients can charter.

This explains why Gomez was photographed on a yacht with him.

Charity Gift Room is a site he links to on his Instagram profile.

He posted this picture at her concert in Milan.

Since his tacht company has locations in St. Tropez, Cannes, Monaco, Sanremo, Genova, Portofino, Portocervo, Ibiza, Dubai, Miami, and the Bahamas, Chiabra gets to travel the world on a regular basis. 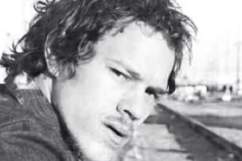