Birdman, otherwise known as The Unexpected Virtue of Ignorance, is giving Michael Keaton the starring role in a film that could become the sleeper hit of 2014. Fox Searchlight studios is known for releasing some of the more dramatic and out-of-the-box movies the world needs to see. Birdman definitely fits that criteria.

The plot goes like this – Michael Keaton plays an actor who’s known for playing a superhero onscreen. Now he looks to make the transition to Broadway and show fans another side of his acting prowess. Along the way, he looks to come to grips with his ego and repair his broken relationships with family and friends. Birdman’s credits includes the work of director Alejandro Iñárritu and actors Zach Galifianakis, Edward Norton, Andrea Riseborough, Amy Ryan, Emma Stone and Naomi Watts. 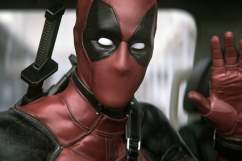