DC’s been on quite the roll when it comes to their lineup of TV shows based on their most popular characters. NBC is getting a DC superhero show of their own, but this one is a lesser known but still intriguing program you should check out – Constantine.

Actor Matt Ryan will play the role of the troubled con-man, who’s also an expert in the dark arts and the occult. John Constantine will have to deal with an assortment of demons, possessions, spirits and many more types of supernatural occurrences. The trailer you can watch above was showcased during SDCC 2014 and, from what many in attendance had to say about it, the reviews have been largely positive. For fans of the Hellblazer, Constantine and Justice League Dark comic book series, this is the show for you. 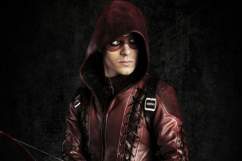