Warner Bros. has seemingly gotten movie fans into a frenzy the most at SDCC 2014.

Their huge panel gave fans sneak peeks at their next slate of films, such as the highly anticipated Batman v Superman: Dawn of Justice. Another awesome future film that WB showcased was the next Mad Max film, Fury Road.

Longtime series director George Miller has come back to lend his magic touch to this anarchy-fueled movie. Tom Hardy will take over Mel Gibson’s role and introduce a new generation to the fast-paced world of Mad Max. Charlize Theron will also be lending her acting talents to the film, playing a warrior named Furiosa. We weren’t looking to this film very much before this trailer made the rounds. But this new inside look has finally gotten us interested in this long-in-development film.

Mad Max: Fury Road will finally drive into theaters on May 15th, 2015. 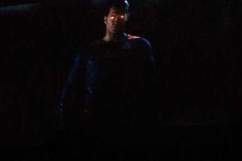