America’s Got Talent searches for talented people with star potential, and the judges may have found themselves twelve stars in one act. The Willis Clan is a group of a dozen brothers and sisters who have wowed the judges so far with their folk/country take on the ‘Sound of Music.’

Unfortunately, the group didn’t have their best performance Tuesday night for the live shows at Radio City, but we’ll find out Wednesday if America thinks they have what it takes to progress to the semifinals.

1. The Willis Clan Is in Touch With Their Irish Culture

The group of 12 siblings hails from Nashville and their parents, Brenda and Toby, began looking into their Irish ancestry when they had just four children. The kids started Riverdance at a young age and as seen in their audition on AGT, they’ve still got it.

While the family learned Riverdance, they also began their singing careers and worked together to get where they are now. The judges on AGT compared The Willis Clan to the Partridge Family and The Osmonds, but in judge Howard Stern’s opinion they’re ‘more talented’ than that.

2. They Are Skilled in More Than One Way

Although music was the main focus on the show, the Willis kids do much more than sing. Brenda (Mom) said on the family website:

We like to enjoy the full spectrum of life. We do music, dance, art, crafts, writing, as well as horses, wrestling, homemade cooking, swimming in the creek, and snuggling up before our fireplace warming our log cabin.

The Willis Clan not only takes part in a variety of activities, they often achieve a great deal of success in whatever they do, be it wrestling championships, or Ameirca’s Got Talent. The twelve siblings have received some training in certian areas, but for the most part, the kids have improved their own skills with a great deal of encouragement from Mom and Dad. In fact, all of the kids were even schooled at home, Brenda clearly had a lot on her plate.

Currently the Willis clan is taking on America’s Got Talent, but this will by no means be their first competition. USA Today reported that:

The Willis Clan even had their own show, the series called ‘The Willis Clan’ was made by Great American Country and aired in 2011. Now, the seven oldest siblings may be making a band with Warner Bros Music Nashville.

4. A Tragic Accident Enabled the Willis Parents to Be Very Invloved in Their Kids’ Lives

Toby Willis (Dad) wanted to have so many kids in the first place because he too came from a very large family. The Willis’ decided that Toby would work and Brenda would raise the children at home, but that changed after a very unfortunate occurrence in Toby’s family. Six of his siblings were killed in a freak accident in which the van they were in burst into flames. After the fact, Toby received $100 million from a wrongful death settlement that enabled both parents to raise the family at home.

This tragic accident was devastating to the family, but it ended up allowing the Willis kids to be home schooled and to perfect their many skills.

It seems the Kardashians are not the only famous family who have names that all start with the same letter. In the Willis Clan, the siblings range from age 3-21, and all of their names start with the letter ‘J.’ 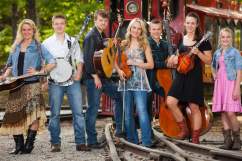 The Willis Clan: 5 Fast Facts You Need to Know 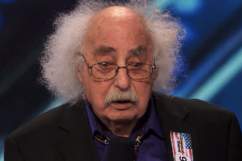