And now, he will forever be known as a FORMER member of the WWE roster. ADR was recently released from his WWE contract and there’s several rumors and theories surrounding his exit from the biggest wrestling company in the world.

Here’s everything you need to know about ADR’s WWE firing.

On August 7, 2014 (Thursday), wrestling fans were shocked to see an article pop up on WWE.com – Alberto Del Rio’s release was announced. The reason given for his release was “due to unprofessional conduct and an altercation with an employee.” WWE has stated that they won’t be making any follow-up news updates on what led to ADR’s release.

(1/2) @VivaDelRio is responsible for his own actions. If you’re angry at anyone, be angry at Alberto.

(2/2) There’s no excuse for a pro athlete not to conduct themselves in a professional manner.

2. One Rumor About ADR’s Release May Have Occurred Due to a Backstage Incident with WWE Social Media Employee

Update: The leaked name of the WWE Social Media Representative has reported by Dave Meltzer and The Wrestling Observer. Alberto Del Rio reportedly put his hands on Cody Barbierri, who is listed as the Manager of Social Media Live Events for the WWE on Linkedin.com and Twitter.

Rob Feinstein took to his Facebook page and released a statement on ADR’s WWE release. Feinstein reported that ADR’s lost his job due to him reportedly slapping a WWE employee who does social media work for the company:

I am sure the reason ADR was released will come out but he was 100-percent let go after TV incident that took place in the back at TV. He did get into a altercation with a employee who does stuff for the company with social media. I was told that there were words exchanged and a slap which is all just allegations at this point. When I first read the WWE release the wording struck me very strange as WWE would never say that unless they were super hot about the firing. It’s no secret that he has expressed lots of interest in going back to Mexico as soon as his contract expired, and he is very well off.

3. Another Rumor Surrounding ADR’s Release Centers on Him Slapping A WWE.com Reporter or Backstage Producer

WrestleZone.com reported that a source of their’s gave them a different take on what backstage incident really led to him being fired. The article states that ADR slapped a WWE.com reporter or producer after the employee in question told Rio a racist comment. ADR reacted by slapping the WWE employee after flying into a rage.

Rob Feinstein released another statement that points to this story:

…this was involving a .com guy who works for their website and there are a few versions out there that one the guy said something racist to Del Rio or that Del Rio left catering and did not put his trash or plate away and a comment was made to him which made him snap.

4. Alberto Del Rio Was Reportedly Looking to Leave The WWE in 2014

Several wrestling websites noted that their backstage sources told them that ADR was looking to leave the WWE as soon as his 2014 contract came up. Rio’s contract was set to come to an end at the end of the year. Rio has reportedly expressed some interest in returning to his native land and origin of his wrestling career – Mexico.

The company he’s now expected to wrestle for once his 90-day non-compete clause is up includes AAA. AAA is looking to launch a U.S. show in 2014 by premiering a new show on the El Rey Network. TNA reportedly has some interest in offering Rio a contract, too. You can check out the promo from ADR above, which shows him speaking about his appearance at AAA’s Triplemania XXII.

ADR will now go by the ring name “El Patron.” Here’s the full translation of what Rio said in the video posted above:

5. ADR’s WWE Career Was Filled With Plenty of Championship Wins

Alberto Del Rio wrestling under a mask during his tenure as Dos Caras, Jr.

Alberto Del Rio (who wrestled in Mexico under a mask as Dos Caras, Jr.) officially joined the WWE in June 2010. During his time in WWE, Rio won the World Heavyweight Championship on two occasions, captured the WWE Championship two times, won the 2011 Royal Rumble and became the victor of the 2011 RAW Money in the Bank match.

Before his WWE tenure, Rio competed as a amateur wrestler and MMA fighter. Pro Wrestling Illustrated ranked him as the top #6 wrestler among singles competitors on the PWI 500 in 2011. In 2010, the Wrestling Observer Newsletter awarded Rio with the title of “Best Gimmick.”

It looks like ADR is ready to start a new legacy in lucha libre as a part of the AAA promotion in Mexico. Check out the video above to see Rio’s 1st promo in front of the AAA crowd. It was all about the apparent racism rio experienced while he was wrestling for the WWE. 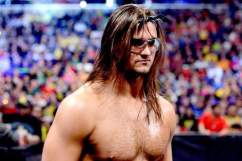 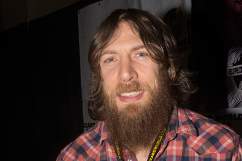