Chloe-Jasmine Whichello is the one to watch on X Factor UK this season. Check out all the info on the model and singer below:

1. Her First Audition Was of the Song “Black Coffee”

For Chloe’s first audition on the show this year, she sang the song “Black Coffee.” Check out the sultry performance above.

This is not Chloe first time on X Factor UK, however, as she previously auditioned seven years ago. She also calls herself “the poshest girl you’ll ever meet.”

2. She’s In the Media for Topless Modeling Photos

Model Chloe, who has already been hailed as the show’s next winner, previously posed for a number of photoshoots baring her boobs … The shots show Chloe, 24, in a variety of raunchy poses, as she sits topless on the phone in bed and draped on an antique sideboard.

3. International Modeling Is her Other Talent

Chloe- Jasmine; the epitome of glamour and everything that encompasses talent with a loveable hint of eccentricity. A published model, singer and TV star.

When Chloe isn’t singing or performing, she works as an International model for Alpha Agency.

4. Chloe Was On the Show The Face

Chloe-Jasmine Meets Naomi Campbell | The Face UKThe Face starts on Monday September 30th at 9pm – take a look at what you can expect in this exclusive preview clip from Episode 1! sky.com/theface2013-09-27T13:31:08.000Z

Chloe won over supermodel Naomi Campbell when she appeared on the show The Face. Check out a clip in the above video.

Chloe-Jasmine Whichello caused a stir on the Sky Living model search, with viewers “loving to hate” the eccentric posh-girl.

5. There Are Claims That Simon Cowell Is Trying to Make Sure Chloe Wins the X Factor UK

Who knows if this is true or not, but apparently Cowell is very taken with Chloe and wants her to be the winner this year. Daily Star writes:

After impressing Simon in her audition – which will air after the series kicks off this eveningt – he has thrown his weight behind her to win the whole contest and land a mega-money record deal … “Simon could not take his eyes off Chloe-Jasmine. He was practically drooling as she came on the stage,” an insider previously said. “She’s a very gorgeous girl. Her style is very bluesy and totally seduced Simon. And he told producers afterwards that he was backing her to go all the way.”

The Mirror also claims that Cowell is backing Chloe for the win. 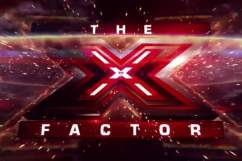 Read More
Celebrities, Simon Cowell, X Factor
Chloe-Jasmine Whichello is the singer to watch on "X Factor UK." Read about her topless photos, her life as a model, and her time as a contestant on "The Face."