It’s finally confirmed! Chris Soules is the new Bachelor 2015. Read on for the details on Soules and his new gig.

1. The Bachelor Was Announced on Good Morning America

Normally, the next Bachelor or Bachelorette is announced at the end of the previous season, but Soules held out for a while. There have been many hints that it would be Soules and Reality Steve confirmed the news way before it was released. RS previously reported:

Chris signed his contract last week, and film crews were in Iowa over the weekend filming him. He was filmed at the Franklin Hotel/Restaurant in Strawberry Point (where production stayed), a bar in Arlington called the Wagon Wheel, and was also filmed at the Iowa State Fair this past weekend.

Former cast-mate Patrick Jagodzinski described Soules as just a nice, genuine guy and he deserves everything that comes to him.

2. Arie Luyendyk Really Wanted to Be the Next Bachelor

I'm not the Bachelor, have fun on the farm people ✌️

Arie Luyendyk, who appeared on The Bachelorette season with Emily Maynard, has been trying and trying to be the next Bachelor, but the network (and fans) really wanted Soules. Arie appeared to be a little bitter and sent out the above tweet stating: I’m not the Bachelor, have fun on the farm people.

Thanks for the kind words everyone. It wasn't meant to be, and I'm okay with it. Happy I can move forward ?

3. ABC Staged a Set Up for Soules at the Previous Mens’ Tell All Special 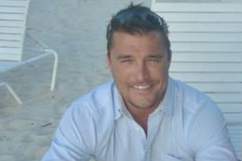 During the Mens’ Tell All special for Andi Dorfman’s season of The Bachelorette, Chris Soules was brought down to talk to host Chris Harrison about his time on the show, when they were “interrupted.” A very pretty and well put together woman interrupted their talk from the audience and came down to the stage to talk to Soules. She was supposedly a stranger who just happened to have a microphone on and who an insider reveals was actually hired to conduct this moment with Soules on the show. The woman came down to the stage and went on and on about how she’s a small-town girl just as Soules is a small-town guy. She said that that’s not something that should deter anyone from dating him and that she’d love to date him.

Perhaps, the show hired her so that women coming on The Bachelor wouldn’t worry about having to move to Iowa to be with Chris Soules.

4. Soules Stated That He’d Be a Great Candidate for The Bachelor

Just logically, it makes sense. You know, I live in Arlington, Iowa, and that’s why (going on ‘The Bachelorette’) made sense. … It was a good opportunity for a guy like me. And it’s an even better opportunity to be on the other side, where you have the opportunity to meet 25 incredible women. So yeah, I would definitely consider it.

5. Soules Was Dumped on The Bachelorette for Living in Iowa

For those women vying for the heart of Soules in the upcoming season, they wouldn’t just be moving to a little farm in Iowa. Soules and his family are very well off, owning lots of land in their small town. We got a preview of Soules’ beautiful house and land when he was on The Bachelorette. Basically, Dorfman just couldn’t see herself living in Iowa. 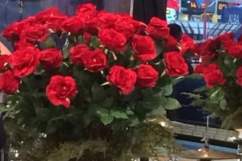 Read More
Chris Soules, Reality TV, The Bachelor, TV
Chris Soules is officially the new Bachelor for 2015. It was just announced on "Good Morning America" and we've got all the info right here.