Robin Williams left behind three children. He always said he greatest loves were his kids, and once spoke in an interview with Movieline about his son Cody:

It’s like living with Mensa. He’s reading Flaubert. Everything is like, ‘Oh my God.’ And he has these debates about totally ridiculous subjects. He brought home a couch that he found on the street and we said, ‘You can’t, man. It’s full of…’ ‘No, but it’ll be great.’ ‘It will be great when all the creatures come out too. It’ll be like Planet Earth but in your bedroom.’ Then he said, ‘We’ll have to fumigate it.’ ‘Oh, like fumigate it. Put it in a bag and just dust the thing with chemicals that could kill things for the rest of the year.’ And it was interesting to have this debate and he was just debating because he could, just to piss me off. But that’s his job.

In a statement Cody released to Us Weekly, he promised to keep his father forever in his heart:

There are no words strong enough to describe the love and respect I have for my father. The world will never be the same without him. I will miss him and take him with me everywhere I go for the rest of my life, and will look forward, forever, to the moment when I get to see him again.

1. He’s the Youngest of Robin’s 3 Children

In an interview with the Chicago Sun Times, Williams gushed about how being with his children touched his heart in such a profound way.

“There are days when I look at my kids playing and I think, ‘This is heaven’ It’s not just contentment, but a power surge in your heart,” he said.

The last day he was with his children was on his daughter, Zelda’s, birthday.
In a statement, Zelda remembered her last moments with her dad fondly:

My last day with him was his birthday, and I will be forever grateful that my brothers and I got to spend that time alone with him, sharing gifts and laughter. He was always warm, even in his darkest moments.

Cody followed in his father’s footsteps by joining the movie industry. However, he spent his time on the other side of the camera.

Two of the films he worked on were American Reunion and Trouble With the Curve.

Here is his imdb page, which shows his started as a production assistant in 2001.

He also studied music.
In an interview with the Daily Mail, Williams talked about all his children’s professions:

I’m so proud of them, and we get on really well. Zac’s going for a business degree, Cody’s studying music production, Zelda’s acting and doing great. She’s so natural. But I tell her what my father told me: ‘Great! But have a back-up profession, something secure like welding.’ 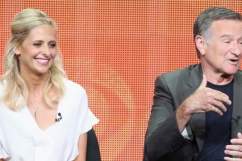 3. His Mother is Marsha Garces

Williams divorced Cody’s mother in 2008 after 19 years of marriage. He cited his abuse of alcohol as the reason for the split.

In an interview with The Guardian, he said, “”You know, I was shameful, and you do stuff that causes disgust, and that’s hard to recover from. You can say, ‘I forgive you’ and all that stuff, but it’s not the same as recovering from it. It’s not coming back.”

Garces also released a statement on the death of her beloved husband, which included thoughts about her grieving children:

My heart is split wide open and scattered over the planet with all of you. Please remember the gentle, loving, generous — and yes, brilliant and funny man that was Robin Williams. My arms are wrapped around our children as we attempt to grapple with celebrating the man we love, while dealing with this immeasurable loss.

4. His Sister is Zelda

Robin Williams has died in a potential suicide and daughter Zelda Rae is one of the children he’s left behind. Have a look at her best Instagram pics. For more information on Zelda, click here.

Zelda, born in 1989, is the other child Williams had with Garces.

Cody and Zelda have a half brother, Zachary, born in 1983, who Williams had with his first wife, Valerie Velardi.

Williams had talked about being a grandfather one day to the Telegraph:

I plan on being a sweet, forgetful, ‘Oh God, where’s the baby? What have I done with the baby?’ sort of grandfather. I love kids, but they are a tough audience. When I used to read to Zelda in thrilling accents and act out the stories, she would sigh and tell me to give it a rest and read in a normal voice. 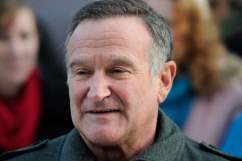 Robin Williams Back in Rehab: 5 Fast Facts You Need to Know